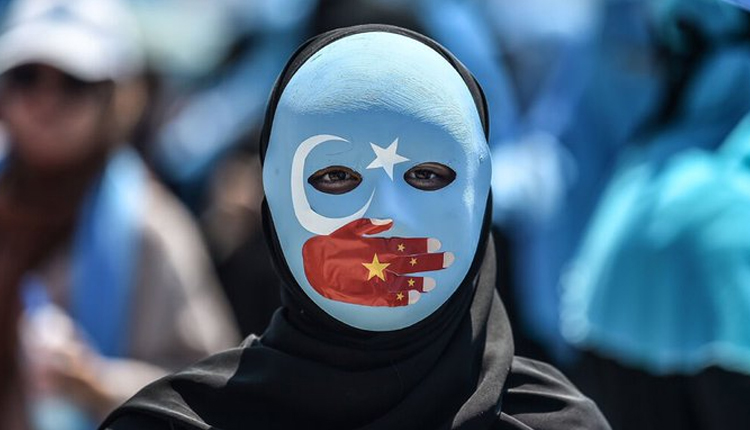 Thiruvananthapuram: President of the World Uyghur Congress, Dolkan Isa, who is in exile in Germany has said that the Muslim population of China are not even allowed fasting in the holy month of Ramzan and are “forcefully fed through community kitchens”.

Isa said this while taking part in a webinar “Uyghur Muslims and their Human rights violation by China”, organised by Thiruvananthapuram-based Centre for Policy and Development Studies.

“The Chinese Communist party is denying all human rights of minority Uyghur Muslims. They are not even allowed to give religious names to their children.

“The ruling party, there is harassing the Uyghur activists who live in exile even in western countries. The Interpol is being used to track and chase down the Uyghur activities who speak against the human rights violation of the Chinese government.

“If the world does not block Chinese goods and Chinese businesses, democracy and human rights will be a thing of the past,” said Isa.

Rushan Abbas, founder and chairperson who is based out of Washington and leads the “Campaign 4 Uyghurs” said that slavery and genocide of Uyghurs and Tibetans are being practised by the Chinese government.

She cited the abduction of her sister Gulshan Abbas, a practicing medical doctor by the Chinese government and forcing her to slavery in Chinese-run camps.

“The US has already started the economic blockade against China and called upon the Muslim world to be proactive against the genocide and slavery being faced by the minority Uyghur Muslims under the ruling Chinese Communist party and the autocratic government run by it,” said Abbas.

Jayadeva Ranade, president of Centre for China Analysis and Strategy and former National Security Advisory board member said that India has stood its ground against China — not just at the Line of Actual Control but also by banning Chinese products in the country. The Indian government had inflicted a crushing economic loss to China, he added.

Ranade also quoted the Australian Strategic Policy Institute studies on the increase in the intermittent camps for details of Uyghurs and said that this was a gross violation of human rights by the Chinese Communist Party.