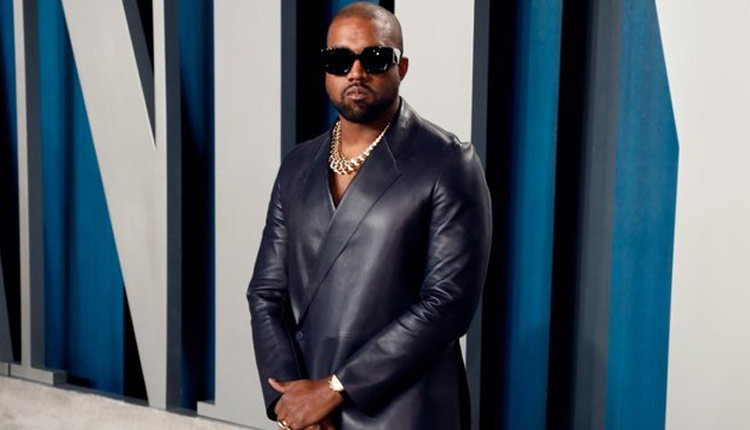 Los Angeles: American rapper Kanye West has announced his bid for the US presidential election slated to take place in November and has received backing from Tesla CEO Elon Musk.

Taking to Twitter on Saturday, West wrote: “We must now realize the promise of America by trusting God, unifying our vision and building our future. I am running for president of the United States… #2020VISION.”

We must now realize the promise of America by trusting God, unifying our vision and building our future. I am running for president of the United States 🇺🇸! #2020VISION

Replying to the tweet, Musk said: “You have my full support.” 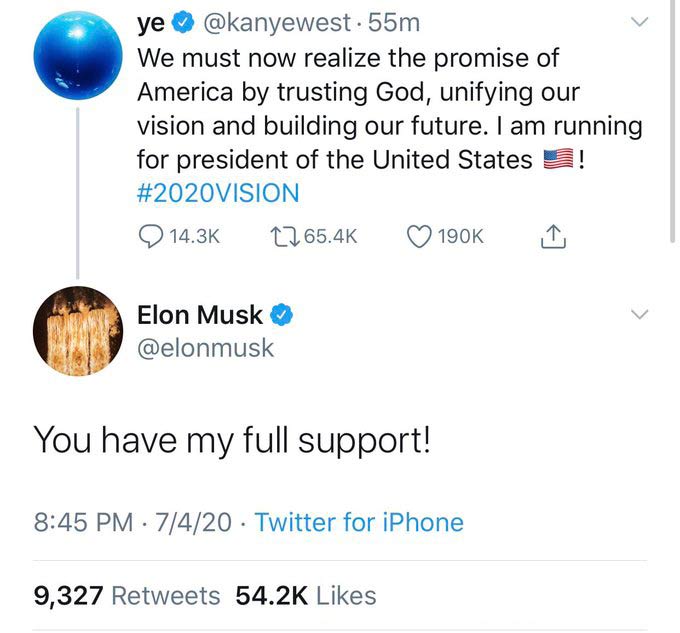 His wife, reality TV star Kim Kardashian had little to say immediately after the news broke, but showed her support by tweeting an American Flag emoji in response.

It was not immediately clear which party the 21-time Grammy winner would pick in his apparent challenge to President Donald Trump and presumptive Democratic nominee Joe Biden.

The rapper has sparked speculation over the years that he would potentially enter the presidential race one day, most recently in November 2019, when he said he planned to run in 2024, said a Daily Mail report on Sunday.

While there is no official deadline to enter the presidential race, candidates must meet certain filing requirements under Ballot Access Laws that vary by state.

The deadline to add independent candidates to the ballot has not yet passed in many states, including California.

In October 2018, West infamously revealed his support for Trump following a Twitter rant.

Soon after, he paid a visit to Trump himself at the White House, wearing the President’s trademark “Make America Great Again” hat and delivered a speech in which he discussed alternate universes and his diagnosis of bipolar disorder, which he said was actually sleep deprivation, the Daily Mail added.

Speaking to a crowd of reporters in the Oval Office, he added the hat was like a Superman cape and said that Trump made him a billionaire.

Meanwhile, Kim Kardashian has also met the President on more than one occasion lobbying for criminal justice reform.

With just Trump and Biden in the race as of now, opinion polls have shown the former Vice President with an almost double-digit lead over the incumbent President as the November 3 election looms.

A poll published on June 26 indicated that Trump’s approval ratings were at their worst level (40 per cent) following protests against police brutality in the US and amid a surge in coronavirus cases in the country.

A record 58 per cent of voters disapprove of the job Trump’s doing at the White House, according to a new survey conducted by the Marist Institute for Public Opinion together with the National Public Radio and PBS NewsHour.