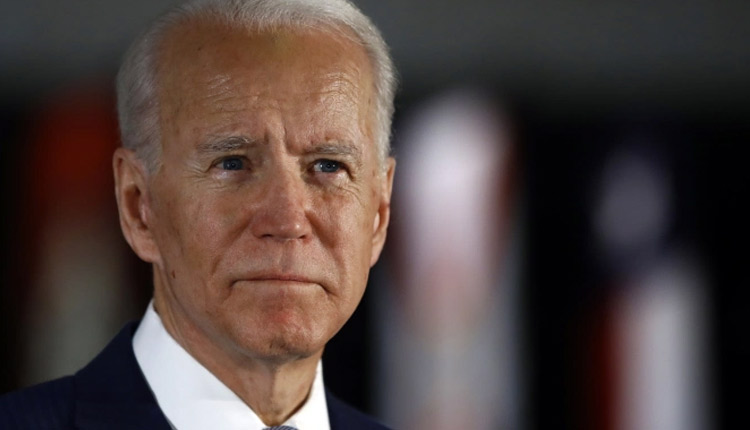 New York:  In an openly communal appeal to Muslim voters, Joe Biden, the Democratic Party candidate for President, has dragged Kashmir into his campaign in a religious context rather than as a foreign policy or a general human rights issue.

His “Agenda for Muslim American Communities” published by his campaign also criticises the Citizenship Amendment Act and the National Register of Citizens.

Biden is assured of being formally nominated by the Democrats as its candidate at the party’s national convention in August to challenge President Donald Trump in the November election as he has won the required delegates in the primary elections.

Unlike in India, parties are allowed to openly appeal to voters on the basis of religion.

Turning what are foreign policy or general human rights matters into a religious issue, Biden’s Muslim agenda says: “In Kashmir, the Indian government should take all necessary steps to restore rights for all the people of Kashmir. Restrictions on dissent, such as preventing peaceful protests or shutting or slowing down the Internet, weaken democracy.”

Turning to other contentious issues, the agenda, which is the basis for outreach to Muslim voters, says: “Joe Biden has been disappointed by the measures that the government of India has taken with the implementation and aftermath of the National Register of Citizens (NRC) in Assam and the passage of the Citizenship Amendment Act (CAA) into law.

“These measures are inconsistent with the country’s long tradition of secularism and with sustaining a multi-ethnic and multi-religious democracy.”

While criticising the CAA, Biden’s Muslim agenda, however, is silent on a US legislation similar to the CAA. Tucked into the US budget bill, the Specter Amendment excludes Muslim refugees from Iran from getting preferential asylum as religious refugees.

But separately, Biden has taken up the issue of persecution of Hindus and Sikhs in Afghanistan.

After a terror attack on a gurdwara in Kabul killed at least 25 Sikhs in March, Biden issued a statement expressing concern over the “intense persecutions of the members of the two religions in Afghanistan and urged the State Department to consider refugee protection for them.

Trump officials have declined to make a commitment to allowing Sikhs and Hindus in Afghanistan coming to the US as refugees to avoid persecution.

Biden’s Agenda for Asian American and Pacific Islander Communities, which is not religiously-oriented, mentioned Hindus and Sikhs, along with Muslims, as victims of “discrimination and hate” in the US and said the situation was made worse by “Trump’s dangerous rhetoric”.

The Muslim agenda noted that the administration of former President Barack Obama in which he was the Vice President began to separately monitor hate crimes against Hindus and Sikhs.

It said that the Obama-Biden administration “added ‘Anti-Sikh’ and ‘Anti-Hindu’ to the Department of Justice’s hate crime reporting categories”.

But the Obama-Biden administration had failed to act on anti-Hindu hate crimes like the placing of a severed cow’s head at a Hindu cow sanctuary in 2016 in Pennsylvania.

Biden’s focus on Kashmir, the CAA and the NRC is driven by the ascendancy of the left in the Democratic Party, which is led by House of Representatives members like Pramila Jayapal, Ilhan Omar and Alexandria Ocasio-Cortes.

Ocasio-Cortes has tried to link US arms sales to India with communal violence. She tweeted: “President Trump is engaging in arms deals with Modi while his administration is ethnically cleansing the country’s religious minorities. We must not enable this rise in sectarian violence.”

Jayapal and Omar have been at the forefront of the criticism of India in Congress.

A Hindu member of the campaign has been attacked personally and Biden has been asked to remove him because he is considered sympathetic to Modi and his father, according to some media reports, was linked to the Overseas Friends of the BJP.

But Amit Jani, the Asian American Pacific Islander outreach director for the Biden campaign continues so far on the job.

An organisation called Equity Labs published an open letter that said: “To hire a supporter and friend of Narendra Modi opens the door to embracing anti-Muslim and Hindu nationalist politics.

Such pressures would make it difficult for Biden, if he is elected, to work with India in the global context, even when the interests of the two countries intersect.

How the pressures from the left would translate into Biden policy is an open question and will have to await a better and comprehensive articulation of his foreign policy.

According to the Pew Research Center, Muslims make up 0.9 per cent of the US population and Hindus 0.7 per cent.

Although their numbers are not that far apart, Muslims exert more open influence in the Democratic Party for two reasons: African-Americans, a group that is important in the party and vocal make up an important segment of American Muslims, and the party’s left-wing that is very articulate and increasing in importance is both pro-Muslim and critical of India.

” With respect Vice President JoeBiden do you realise that the “rights” now taken away included the right to child marriage, the right to discriminate against former ‘untouchables,’ the right to deny property ownership by women, & many such horrors? Rather than being woke, wake up,” tweeted Panda.

With respect Vice President @JoeBiden do you realise that the “rights” now taken away included the right to child marriage, the right to discriminate against former ‘untouchables,’ the right to deny property ownership by women, & many such horrors? Rather than being woke, wake up pic.twitter.com/Hm0GlqQ4v2

The Democratic Party has not made overt overtures to Hindus as it has to other religious groups.

On the other hand, Trump attended a Hindu Republican rally during his 2016 campaign. One of the sessions of the Republican National Convention that nominated him opened with a Sikh prayer.

The State Department has expressed concerns about the detentions and other restrictions in Kashmir, but in a non-religious context while also acknowledging India’s democracy.