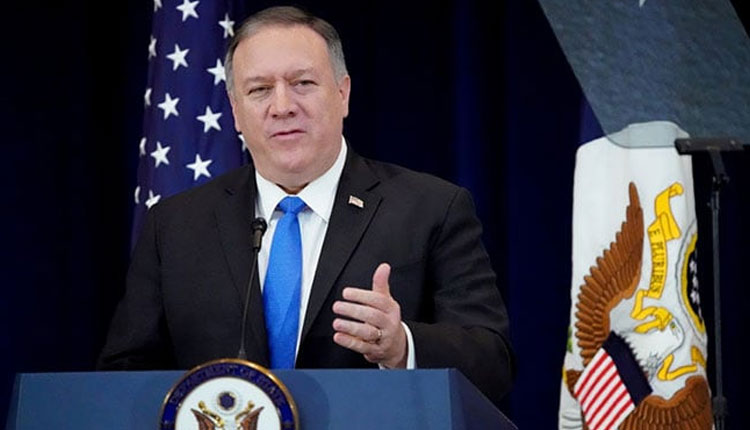 New York: India has done its best to respond to China’s confrontation and the world must unite to act on Beijing’s pattern of aggressive behaviour seen in Ladakh, Bhutan and around Asia, US Secretary of State Mike Pompeo said on Wednesday.

“The Indians have done their best to respond” to China’s “incredibly aggressive action,” which fits a pattern, Pompeo said at a news conference in Washington.

He said that he had spoken to External Affairs Minister S. Jaishankar several times about the Chinese aggression in the Galwan Valley of Ladakh along the Line of Actual Control last month.

He said that Beijing’s attack on India has to be put in the context of Chinese Communist Party (CCP) “General Secretary Xi Jinping and his behaviour throughout the region, and indeed, throughout the world. I don’t think it’s possible to look at that particular instance of Chinese Communist Party aggression in isolation. I think you need to put it in the larger context”.

After a Foreign Office Consultation between India and the US on Monday, the State Department said Jaishankar and Under Secretary of State David Hale discussed “ongoing threats” to the international order and agreed to “endeavour to support each other’s objectives”.

Pompeo referred to the boundary and maritime disputes launched by China from the Himalayas “to the waters of Vietnam’s Exclusive Zone, to the Senkaku Islands, and beyond, calling them “unequalled anyplace else in the world.”

“There aren’t many neighbours that could satisfactorily say that they know where their sovereignty ends and that the Chinese Communist Party will respect that sovereignty. That’s certainly true now for the people of Bhutan as well.”

“The CCP recently filed a boundary dispute with Bhutan at a meeting of the Global Environment Facility,” he said. “The world should not allow this bullying to take place, nor should it permit it to continue.”

He that the US will soon start a dialogue with the European Union “on how we collectively can respond to this challenge from the Chinese Communist Party.”

Pompeo said that President Donald Trump has taken the global threats from China “incredibly seriously,” which he said previous US administrations had not.

“We will respond to this in a way that we think is appropriate, and we have attempted to communicate to the Chinese leadership that we are serious about this,” he added.