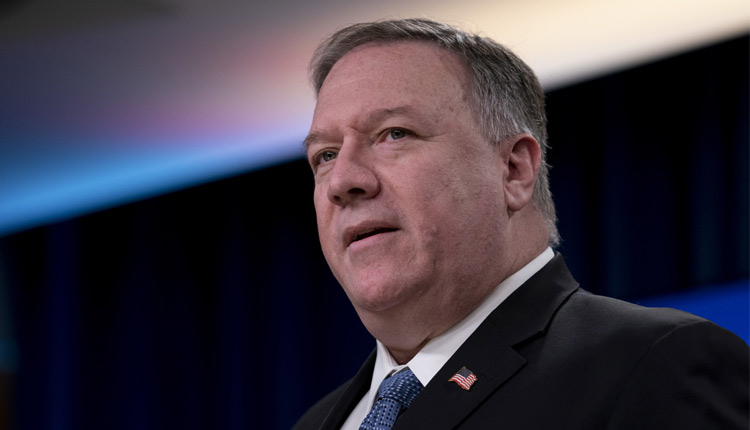 Washington: US Secretary of State Mike Pompeo has said that Washington was looking at banning Chinese social media apps, including TikTok.

In a Fox News interview on Monday, Pompeo said that “we’re taking this very seriously”.

“With respect to Chinese apps on people’s cell phones, I can assure you the US will get this one right too… I don’t want to get out in front of the President (Donald Trump), but it’s something we’re looking at,” he said in the interview.

India has already banned 59 Chinese apps, including TikTok, saying these apps opened the way for “elements hostile to national security and defence” to exploit them to “ultimately impinge upon the sovereignty and integrity of India”.

Pompeo said people should only download the app “if you want your private information in the hands of the Chinese Communist Party”.

TikTok which has a flourishing presence in the US was yet to comment.

TikTok, owned by China-based startup ByteDance, has been repeatedly criticized by US leaders “of being a threat to national security because of its ties to China”.

“We welcome India’s ban on certain mobile apps that can serve as appendages of the CCP’s surveillance state. India’s ‘clean app’ approach will boost India’s sovereignty, and will also boost India’s integrity and national security as the Indian government itself has stated,” he said while briefing reporters in Washington earlier this month.

Nikki Haley, the first Indian-American to serve in the US cabinet, had also praised India’s decision, saying New Delhi “is continuing to show it won’t back down from China’s aggression”.

US Secretary of State Mike Pompeo says that the United States is “certainly looking at” banning Chinese social media apps, including #TikTok: Reuters