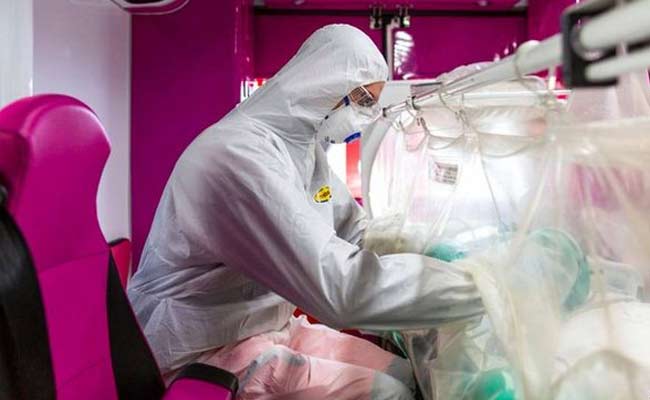 Madrid: Spain on Sunday reported 394 new Covid-19-related deaths, bringing the coronavirus death toll to 1,720 and propelling it beyond Iran to the third in the list of most fatalities. The number of confirmed cases as of Saturday stood at 25,496 and had reported 324 new deaths.

Spanish Prime Minister Pedro Sanchez appealed to all citizens across the country to remain strong in the face of the coronavirus pandemic as health authorities said that the fatality rate among Spaniards infected with the virus stood at 5 per cent.

The coronavirus death toll in Spain has reached 1,381, just a week after the government imposed a state of alarm that entailed the near total confinement of the country’s population, Efe news reported.

In a televised speech on Saturday, Sanchez thanked Spain’s 47 million people for their “exemplary” compliance with the restrictions.

Fuel and energy consumption fell sharply nationwide and Internet traffic soared by 80 per cent as people went online for teleworking and diversion, he said.

Spain has also seen a 50 per cent drop in crime over the past week, Sanchez added.

“We have to prepare for very tough days that are coming. We have to reach the end of next week very strong. Regrettably, cases are going to increase in the coming days,” he said.

More than half of the confirmed coronavirus cases in Spain were detected in people above the age of 70.

Twelve per cent of those patients were in ICUs in the coronavirus “hot spots” of Madrid, Catalonia and the Basque Country, which were operating under immense pressure.

The one encouraging statistic revealed on Saturday was the number of patients discharged, 2,640 according to Sanchez.

He said that curbs on travel had prevented the high levels of infection in the worst-hit areas from spreading to “the entire national territory”.

“Unfortunately, the worst is yet to come. Very hard days remain, we have yet to receive the impact of the strongest, most damaging wave,” Sanchez said.

He insisted that maintaining the stay-at-home rule was the only way to prevent Spain’s hospitals from being overwhelmed and control coronavirus death toll.

Regarding testing, he said that the country’s capacity – now in the range of 15,000-20,000 tests a day – will expand significantly thanks to the purchase of 1 million rapid-detection test kits.

“We are also concluding an operation to import 6 million rapid tests,” Sanchez said.

While Asian societies had experience with pandemics, “Western society was not prepared”, Sanchez said.

Spain is currently the world’s third-largest COVID-19 hot spot, after Italy and China, which on Saturday saw zero local infections for the third consecutive day.

Health officials in Spain have said that the next week will be crucial in determining if the measures adopted so far are effective in the fight against the virus.

Odisha still not off the Covid-19 hook, 28 still in hospital isolation!