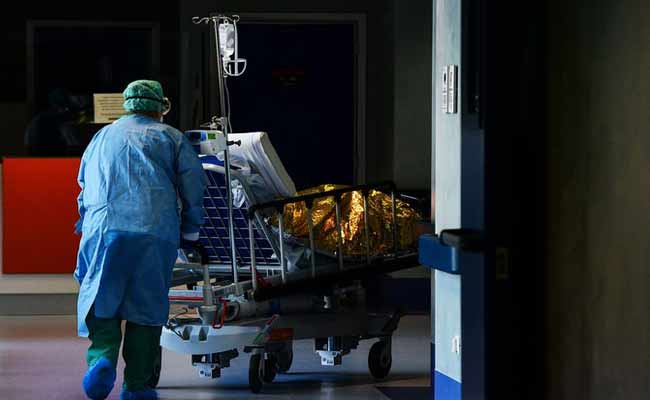 Brussels: Over 1,00,000 people across Europe have tested positive for COVID-19 so far, prompting European governments to unleash fresh measures.

More than 40 European countries have been hit by COVID-19, the disease caused by the novel coronavirus. Italy, Spain, Germany and France were the four hardest-hit, with each reporting more than 10,000 confirmed cases, Xinhua reported.

In Italy, Prime Minister Giuseppe Conte said on Thursday that the nationwide lockdown, which has been in place from March 10 to April 3 to stem the spreading coronavirus, will be extended. Other government officials said further tightening on movement could be on the cards.

In Italy, a total of 427 COVID-19 patients had died in 24 hours, taking the country’s death toll to 3,405, according to new data released on Thursday by the Civil Protection Department.

The cumulative number of coronavirus cases reached 41,035, making Italy the hardest-hit country outside China, since the epidemic first broke out in its north on February 21.

Spain recorded the second-most cases among European countries after Italy. Spanish health authorities said the number of COVID-19 infections rose to 17,147 on Thursday, a 25-per cent increase on Wednesday’s figure of 13,716, with 767 deaths from the virus.

During a press conference, Health Minister Salvador Illa said Spain is approaching the peak in the number of COVID-19 cases. “We are reaching the hardest moments, in which we will see an increase in cases as we close in on the peak” of infections,” he said.

Germany and France reported more than 10,000 COVID-19 cases on Thursday for the first time.

Data from Germany’s disease control agency Robert Koch Institute (RKI) showed the number of confirmed cases of COVID-19 has risen to 10,999 on Thursday, with 20 new deaths, bringing the death toll to over 40.

As many as 108 patients lost their lives in the past 24 hours, he noted, adding that 1,122 patients are currently in intensive care while 1,300 have recovered. He urged people to strictly respect the confinement order and cut contacts with others to curb the accelerating spread of the virus.

Conte said that the nationwide coronavirus lockdown in Italy will be extended beyond its initial April 3 deadline.

“We have avoided a total collapse of our system,” the Italian Prime Minister said in broadcast comments. “But the rigid measures are taken by the government to counter the coronavirus emergency… will be extended beyond the deadline.”

Italian government officials have been complaining for days that the current restrictions — which include the closing of schools, restaurants, bars, tourist sites, offices, cinemas, or any other places where crowds may gather in close proximity — have not been followed closely enough as Italy tries to curb the spread of the coronavirus outbreak. Now the limits will be extended and more strictly enforced, local media reported.

In neighbouring Slovenia, the government announced partial lockdown with a decree, which bans gatherings and other events in public areas and restricts people’s movement.

According to the decree, people will only be allowed to leave home to go to work, the pharmacy and to buy daily necessities at their closest shop. People will also be allowed to go outdoors and to parks, but only alone or with people living in the same household.

French President Emmanuel Macron on Thursday pledged to invest 5 billion euros ($5.35 billion) over the next decade to boost scientific research against the coronavirus pandemic.

The decision came as scientists and pharmaceutical companies are racing to develop vaccines to protect against the novel coronavirus, which has already claimed over 9,000 lives and infected more than 200,000 people globally.

Also on Thursday, the Finnish Minister for Basic Services and Health Krista Kiuru announced that the government is applying a ban to visits to hospitals and care homes to minimize the risk of older people becoming infected with COVID-19, urging people aged over 70 to avoid unnecessary social contact.

“Extraordinary times require extraordinary action. There are no limits to our commitment to the euro. We are determined to use the full potential of our tools, within our mandate,” ECB President Christine Lagarde tweeted following Wednesday’s announcement.

The German government plans to support freelancers and small businesses with a maximum of 10 employees with financial funds of up to 50 billion euros to dampen the negative economic effects of the novel coronavirus, according to German newspaper Handelsblatt on Thursday.

The Greek government will support the economy with at least 10 billion euros, Prime Minister Kyriakos Mitsotakis said on Thursday after announcing the 6th death of the novel coronavirus in the country.

China reported no new domestically transmitted novel coronavirus cases for the second consecutive day on Friday, marking a major turning point in the global battle against the COVID-19 outbreak.

China’s National Health Commission said it received reports of 39 newly confirmed COVID-19 cases on the Chinese mainland on Thursday, all of which were imported from overseas, Xinhua reported.

Of them, 14 were reported in Guangdong Province, eight in Shanghai, six in Beijing and three in Fujian Province. Provincial-level regions of Tianjin, Liaoning, Heilongjiang, Zhejiang, Shandong, Guangxi, Sichuan and Gansu each reported one case. Until midnight, 228 imported cases had been reported, said the commission.

Also on Thursday, three deaths and 31 newly suspected cases were reported on the mainland with two of the deaths reported in Hubei Province and the third one reported in Liaoning Province.

On Thursday, 730 people were discharged from the hospital after recovery, while the number of severe cases decreased by 178 to 2,136.

The overall confirmed cases on the mainland had reached 80,967 until midnight, including 6,569 patients who were still being treated, 71,150 patients who had been discharged after recovery, and 3,248 people who lost their lives due to the outbreak.

A total of 98 patients in Hong Kong, 10 in Macao and 26 in Taiwan were discharged from the hospital after recovery on Thursday.

Covid19 Impact: 4 From Odisha Including A Honeymoon Couple Stranded In Foreign Nations