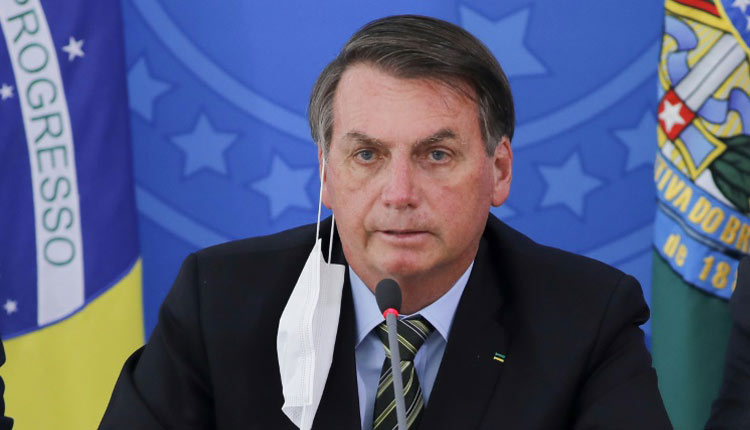 Brasilia: Brazil President Jair Bolsonaro, who made light of the coronavirus pandemic and routinely ignored all precautions, has tested positive for the disease, reports said on Tuesday.

Bolsonaro, who repeatedly played down the risks posed by the virus which he termed “a little flu” and asserting that he would not be seriously affected by it, came out positive after undergoing the test – his fourth – on developing high fever, the BBC reported.

His report came as he urged regional governors to ease lockdowns and diluted directions on face masks. In fact, the President has frequently appeared in public events without donning a mask, including the Independence Day celebration at the US Embassy last week.

Brazil currently accounts for the second highest number of Covid-19 cases and deaths in the world at 1,623,284 and 65,487, respectively, according to the Johns Hopkins University. Only the US has more cases and deaths.

Despite the rising numbers, Bolsonaro, who had argued that other kind of flu had killed more people and his country’s tropical climate would retard the spread, has argued that regional lockdowns are having a more damaging effect than the virus itself, and accused the media of spreading panic and paranoia.