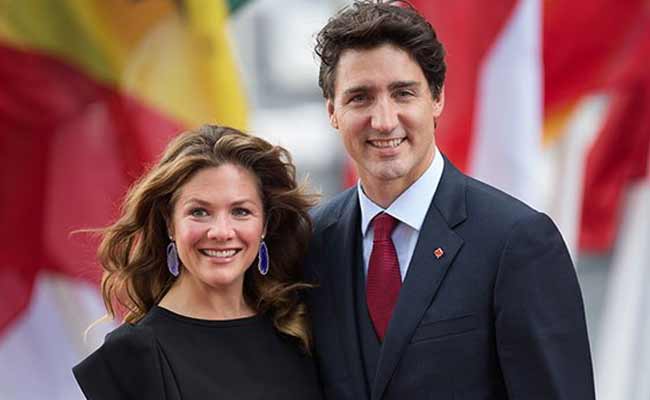 Justin Trudeau, who has been self-isolating at home with his wife, will not be tested “at this stage” because he currently has no symptoms, CTV News quoted the Prime Minister’s Office as saying in a statement on Thursday night.

The couple will remain in isolation for a planned period of 14 days, the statement added.

Sophie Gregoire Trudeau is the 158th Canadian to test positive for the virus that was declared a pandemic by the World Health Organization on Wednesday.

The First Lady said in a statement that she is experiencing “uncomfortable symptoms of the virus” but plans to be back on her feet soon.

“Being in quarantine at home is nothing compared to other Canadian families who might be going through this and for those facing more serious health concerns,” Gregoire Trudeau said.

“We will get through this situation together. Please share the facts and take your health seriously.”

Justin Trudeau will continue to assume his duties as Prime Minister and will address the country on Friday.

Health officials are now reaching out to those who have been in contact with Sophie Gregoire Trudeau, CTV News reported.

According to the PMO statement, Sophie Gregoire Trudeau began exhibiting flu-like symptoms after returning from a speaking engagement in the U.K.

She immediately sought medical advice after developing the symptoms and a low fever late Wednesday.

In a tweet sent Thursday afternoon before she tested positive, the Prime Minister had said his wife was feeling better, but echoed the message of caution.

Out of an abundance of caution, I too will be self-isolating & self-monitoring until we get Sophie‘s results back. But I‘ll be busy working from home. Today, I‘ll be speaking with some world leaders and joining ministers for a Cabinet committee discussion on COVID-19.

I was looking forward to sitting down with premiers and Indigenous leaders later today, but given the circumstances we‘ll be postponing our meeting. In the meantime, we‘ll speak on the phone about how we can mitigate the spread and impact of COVID-19 and keep Canadians safe.

Sources told CTV News earlier on Thursday that the couple’s children were not showing symptoms and not being quarantined.

Earlier, UK Health Minister and Conservative MP Nadine Dorries had said she has been diagnosed with coronavirus on Wednesday.

Dorries, the first Britain MP to test positive, said she had taken all the advised precautions after finding out, and had been self-isolating at home, the BBC reported.

Dorries, MP for Mid Bedfordshire, said in a statement that Public Health England had started tracing people she had had contact with, and the department and her parliamentary office were closely following its advice.

She later tweeted that it had been “pretty rubbish but I hope I’m over the worst of it now”.

But she added she was worried about her 84-year-old mother who was staying with her and began to cough on Tuesday.

Thanks for so many good wishes. It’s been pretty rubbish but I hope I’m over the worst of it now. More worried about my 84yo mum who is staying with me and began with the cough today. She is being tested tomorrow. Keep safe and keep washing those hands, everyone.

It is not known how many meetings Dorries had attended at Westminster or in her constituency in recent days. She was at a Downing Street reception hosted by Boris Johnson last Thursday.

Health Secretary Matt Hancock tweeted that she had “done the right thing” by self-isolating at home and wished “her well as she recovers”.

He added: “I understand why people are worried about this disease. We will do all we can to keep people safe, based on the best possible science.”

2/2: I understand why people are worried about this disease. We will do all we can to keep people safe, based on the best possible science.