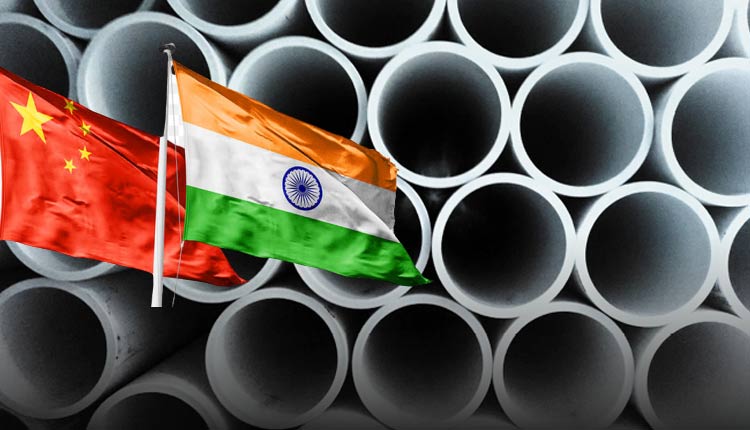 New Delhi: China imported record high Polyvinyl Chloride (PVC) from India in June at a time when the two countries are locked in a tussle at the border amid calls for reducing trade flows.

China imported a record high PVC 27,207 mt of PVC from India in June — more than five times compared to 5,174 mt recorded in May as India accelerated PVC exports during the COVID 19 lockdown, Global Rubber Markets reported.

It is a rare move as the Indian PVC market is net short by close to 2 million mt/year. During the lockdown, India’s PVC demand plunged, prompting the cancellation of PVC deliveries to India. Suppliers had to move their cargoes to China to clear excess supplies, it added.

Polyvinyl Chloride (or PVC for short) is the third most widely produced plastic in the world following polyethylene and polypropylene, and it is used in a wide variety of applications in industry, construction, agriculture, consumables, packaging, power production and public utilities. PVC is highly durable, resistant and flexible, making it useful for use in clothing, pipes, insulation and many other areas.

To curb imports, Indian companies are submitting proposals to the government on ways to reduce import dependence on China.

The record exports of PVC from India come at a time when the government is looking at ways to curb imports from China and has banned several Chinese apps and companies.