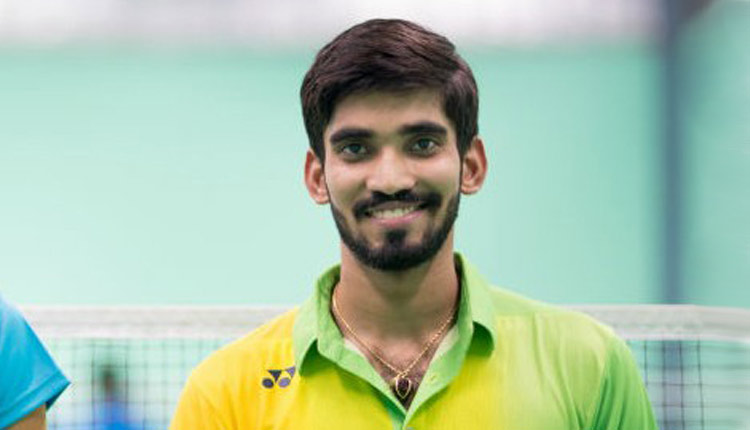 New Delhi: The Badminton Association of India (BAI) has recommended Kidambi Srikanth for the Rajiv Gandhi Khel Ratna Award following player’s apology to the federation for his conduct during the Asian Championship earlier this year.

Former World No. 1 Srikanth and HS Prannoy had left the squad at Asian Badminton Championship in Manila in February, despite being advised not to leave, which put India’s chances of winning the medal at the championship in lurch, BAI said on Friday in a media release.

India lost in semi-finals against Indonesia. It led BAI not to recommend either of them on disciplinary grounds during for this year’s National Sports Awards. However, Srikanth has now tendered an unconditional apology and has been recommended for the prestigious award.

“We have received an email from Srikanth in which he has accepted the mistake and he has also promised to not indulge in such activities in the future. Considering the talent of Srikanth and the accomplishments, we have decided to recommend his name for Rajiv Gandhi Khel Ratna Award,” BAI General Secretary Ajay Singhania said in a statement.

The association has also given 15 days’ time to Prannoy to respond on his misconduct.

Singhania said: “There are several instances of disciplinary issues with Prannoy; the federation had been very tolerant all this while but in the recent past his attitude has forced BAI to take action and also relook at the disciplinary policies.”

“A show-cause letter has been issued for the remarks made. If the player fails to respond in the allotted time, BAI will be taking stern action against the shuttler,” he added.

Following this, Prannoy had questioned the criteria for Arjuna Award selection, saying players who had won nothing were recommended for the national awards by BAI instead of those with medals in Commonwealth Games and Asian Championships.

“Same old story. Guy who has medals in CWG and Asian Championships not even recommended by the association. And guy who was not there on any of these major events recommended. #waah #thiscountryisajoke,” he had tweeted.

Prannoy had also found support from Parupalli Kashyap. “Never actually understood the system of applying for an award. I hope this changes. Be strong bro,” Kashyap had replied on Prannoy’s tweet.

‘Lord Jagannath Will Not Forgive Anybody For Rath Yatra Cancellation’