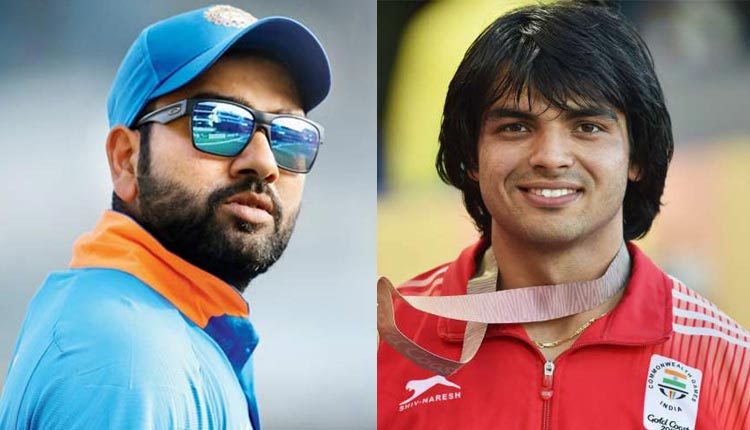 New Delhi: India’s prolific limited-overs vice-captain Rohit Sharma was on Saturday nominated for the prestigious ‘Khel Ratna’ award by the BCCI for his stupendous performance in 2019 when he dazzled with five hundreds in the 50-over World Cup.

Rohit’s opening partner Shikhar Dhawan and Ishant Sharma, the most-capped Test cricketer in the current set-up, have been nominated for the Arjuna Award.

In the women’s section, Deepti Sharma got BCCI nomination for her consistent show across formats in the last three years.

The PTI on May 13 had reported about Dhawan and Deepti’s likely nominations for the Arjuna award.

Dhawan was in fact nominated in 2018 alongside Smriti Mandhana but missed out on the award.

As skipper Virat Kohli has got the highest sporting honour, Rohit with his magnificent white-ball record over the years was an automatic choice. having scored 9115 runs in 224 ODIs with 29 hundreds and 43 fifties.

“We went through a lot of data and considered various parameters before shortlisting the nominees. Rohit Sharma has set new benchmarks as a batsman and achieved scores people thought were not possible in the shorter formats of the game,” BCCI president Sourav Ganguly said, referring to his three double hundreds in 50-over cricket.

“We feel he is worthy of getting the prestigious Khel Ratna award for his commitment, conduct, consistency and his leadership skills,” Ganguly added.

“In the last five years, Rohit Sharma has not only raised the bar with his individual performances but has also led the Indian team with distinction in Virat Kohli’s absence,” Shah was quoted as saying in a BCCI press release.

For 31-year-old Ishant, it was a long wait to earn the nomination as he is the senior-most member in the current Test set-up with 97 Tests under his belt apart from 80 ODIs and 14 T20Is.

Ishant has 297 Test wickets under his belt and by the end of the year is expected to be second pacer in the country after Kapil Dev to complet 100 Test matches.

“Fast bowlers are prone to injuries and Ishant has had a fair share of them but he has fought hard to be back on the park every time,” Ganguly commented on his nomination.

The 34-year-old Dhawan holds the record for the fastest Test century on debut and is the only batsman in the world to have won two consecutive golden bats (for most runs) in the ICC Champions Trophy.

The 24-year-old Deepti has already played 54 ODIs and 48 T20 Internationals for the country. She also holds the record of highest individual score by an Indian woman in ODIs – 188. She has so far scored 1840 international runs and taken 117 wickets across two formats.

Star javelin thrower Neeraj Chopra was on Saturday recommended for the coveted Khel Ratna Award by the committee constituted by the Athletics Federation of India (AFI) for the third time in a row.

The 22-year-old Chopra is the only track and field athlete to be recommended by the AFI for the country’s highest sports award this year.

“Neeraj is the only athlete recommended by the awards committee for the Khel Ratna this year,” a source told PTI.

The Khel Ratna Award carries a medallion, a certificate and a cash prize of Rs 7.5 lakh.

Top sprinter Dutee Chand, who won a gold in the World University Games in 2019 and two silver medals in the 2018 Asian Games (one each in 100m and 200m), has already been recommended for the Arjuna Award by the Odisha government.

Chopra has already qualified for the Tokyo Olympics with a throw of 87.86m in South Africa in January in his first competition after recovering from an elbow injury.

He missed the entire 2019 season due to the injury but breached the Olympic qualification mark of 85m.

In 2019, Neeraj had missed the IAAF World Championships, the Diamond League and the Asian Championships while recovering from the injury.

His last major international competition was the 2018 Jakarta Asian Games where he won gold with a national record of 88.06m. He had undergone a surgery in May 2019 to treat the injury.