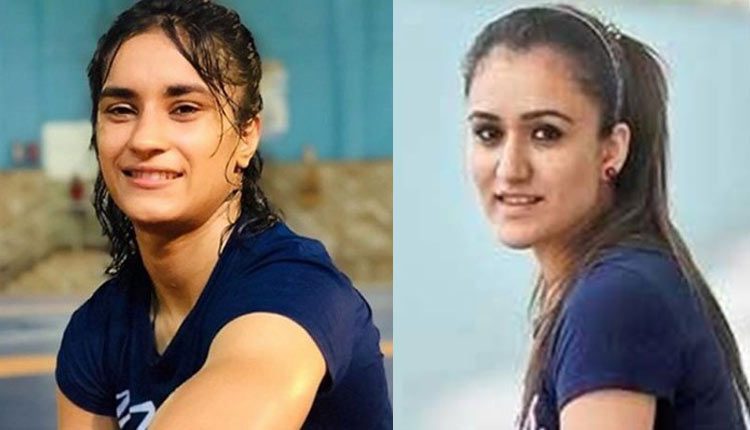 Meanwhile, World Championship medallists Rahul Aware and Olympic-bound Deepak Punia were nominated for the Arjuna award alongside Sakshi Malik and two others by the national federation WFI.

Vinesh, the only Indian woman wrestler to have qualified for the Tokyo Games, was an easy pick but surprisingly the Wrestling Federation of India (WFI) has sent as many as five applications for Arjuna and four each for Dronacharya and Dhyanchand awards.

Though Sakshi Malik has not much to show in the last three years, the WFI chose not to reject her candidature. Leave aside dishing out strong performances, the Rio Olympic bronze winner is struggling to even get past juniors in her category.

World silver winner Deepak Punia, making a transition from junior to senior circuit, and Rahul Aware, who won a bronze in Nur Sultan, are deserving candidates.

However, the WFI also nominated Sandeep Tomar and Greco Roman wrestler Naveen. It’s a surprising decision since their applications, like Sakshi, are not backed by performance. She is already a recipient of Khel Ratna (2016).

Asked about the wholesale nominations, WFI Assistant Secretary Vinod Tomar said, “We have returned a few applications as well. The committee would scrutinise all applications, we have done what, as federation, we could have done for wrestlers.”

The WFI has nominated Virender Kumar, who has been credited for shaping the career of Deepak Punia and Ravi Dahiya, another world medallist, for the Dronacharya along with national women’s coach Kuldeep Malik.

Kuldeep is a long-serving coach, who oversees the national camp in Lucknow. He has been credited for the rise of Sakshi.

O P Yadav, a SAI coach, and Sujit Mann have also been nominated for Dronacharya.

A panel formed by the Sports Ministry will shortlist the nominations received from various national federations with the awards to be presented on National Sports Day, August 29.

Manika, who missed out on India’s highest sporting honour last year, is the first woman paddler from her country to win a singles gold medal at the Commonwealth Games. She achieved the feat in the 2018 edition in which she won as many four medals including two gold medal.

In the same edition held in Gold Coast, the 24-year-old had led India to its first-ever women’s team gold at the Commonwealth Games. Five months later, the current world number 63 created more history by winning a mixed doubles bronze alongside Sharath Kamal at the Asian Games in Jakarta.

“We feel she deserves the honour and that is why decided to nominate her for the second time,” TTFI secretary general M P Singh told PTI.

In 2019, wrestler Bajrang Punia and para-athlete Deepa Malik got the highest sporting award.

The federation has recommended veteran Madhurika Patkar, Manav Thakkar and Suthirtha Mukherjee for the Arjuna Award. Mukherjee recently broke into the top-100 of the ITTF world rankings.

Coaches Jayanta Pushilal and S Raman have been nominated for the Dronacharya honour.

A panel formed by the Sports Ministry will shortlist the nominations received from various national federations with the awards to be presented on National Sports Day, August 29

India’s top men’s doubles pair of Satwiksairaj Rankireddy and Chirag Shetty and men’s singles player Sameer Verma were on Tuesday recommended for the Arjuna award by the Badminton Association of India (BAI).

The world no. 10 Indian pair are currently the front-runner to qualify for the Tokyo Olympics. Satwik and Chirag have made rapid strides in international badminton, having won their maiden Super 500 event at Thailand Open and finishing runners-up at the French Open Super 750 tournament last year.

The duo played a crucial role in earning India the historic gold medal at the 2018 Commonwealth Games, where they also won the men’s doubles silver.

Sameer, the 2016 Hong Kong Open finalist, didn’t have a stellar run last year but he was in sizzling form in 2018, winning three titles to reach a career-best ranking of world no. 11. His dazzling run also earned him a place in the BWF World Tour Finals 2018, where he reached the semi-finals.

Murlidharan has coached the likes of Vimal Kumar, Rupesh Kumar and Sanave Thomas among many other renowned former players, immensely contributing to the growth and development of the sport.

He has also been a recipient of the Meritorious Service Award given by the Badminton World Federation (BWF) in 1996.

Former Indian coach, Babu has trained the likes of Chetan Anand, Saina Nehwal and Parupalli Kashyap at the SAI, Hyderabad Centre. He is now working with young badminton players in Secunderabad.

For the Dhyanchand Award, the national federation has recommended Pradeep Gandhe and Manjusha Kanwar.

Gandhe is a two-time Asian Games bronze medallist. He had moved into administration of the sport after retiring and also served as Maharashtra Badminton Association (MBA) president.

She now promotes sportspersons in her current role as a Sports Promoter with Indian Oil.

“BAI has diligently assessed the performances of the athletes and coaches during the last four years before sending the names to the Sports Ministry for the recommendation,” the BAI said in a release.