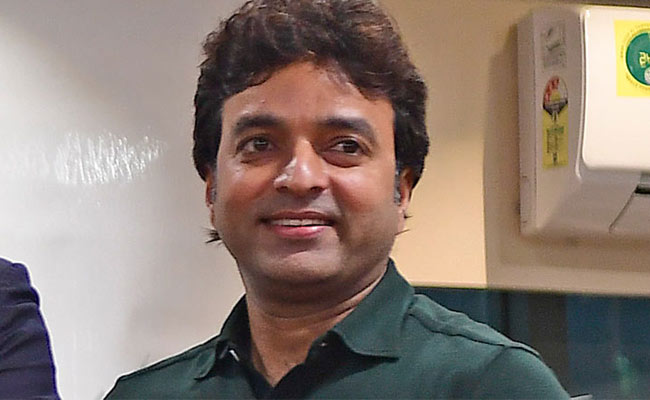 New Delhi: It is premature to talk about resumption of cricket but India’s tour of Australia later this year is likely to go ahead, BCCI treasurer Arun Dhumal said on Friday, downplaying the logistical issues likely to arise because of the COVID-19 pandemic.

To ensure that the high-profile tour, starting in October, goes on as scheduled, Dhumal said quarantining of Indian players upon their arrival is a possibility even though it is not feasible before every overseas assignment.

“You can’t be sure of the situation prevailing at that point of time. As of now the Australia tour is on because nobody has called off that tour and same for T20 World Cup,” Dhumal told PTI.

“The need for quarantine ahead of Australia tour only arises if the preceding T20 World Cup doesn’t take place. If the World Cup happens, then players would have already completed their quarantine.”

Dhumal said isolation before the start of the tour can only be a one-off.

“If quarantine becomes a norm before every tour then it would be difficult to organise games,” he said.

Dhumal then went on to list the bigger logistical challenge that awaits Australia — the T20 World Cup in October-November.

“…would it be possible for Australia to have so many teams (16) coming in and quarantining for two weeks? Players will be out of cricket for so long and further two weeks of quarantine and then straightaway to go into T20 World Cup. Who would be interested? So there is no clarity.

“Once the situation improves and the lockdown ends, then we will see keeping the safety and health of our players in mind as that is paramount,” said Dhumal.

If India tour doesn’t take place, Cricket Australia could lose as much as 300 million Australian dollars.

“The India-Australia tour is more likely to happen because it is further away and logistically it easier to organise. We will have to see what government guidelines are at that point (both India and Australian government).

“How will the team travel? There is no clarity on international travel and if we can get an exemption. We dont’ know as of now. The picture is ho hazy that we can’t decide anything,” said Dhumal.

On Cricket Australia’s idea of an additional Test, Dhumal said:”As far as the fifth Test goes, that discussion happened before the lockdown. When cricket resumes, (we will see) whether any country would like to host an additional Test or have two T20s instead, which is likely to generate more revenues.

“There is a possibility that request comes from Cricket Australia only.”

Former Pakistan cricketers, including Shoaib Akhtar and Saqlain Mushtaq, have called for resumption of Indo-Pak cricket as the world deals with the outbreak. Former Australian spinner Brad Hogg has also proposed an Indo-Pak Test series later in the year.

Dhumal rejected all such talk.

“People are talking about unthinkable things right now…They can think whatever they want to but it is for the board to decide.

“In an ideal situation, we would want to take Test cricket to a different level but given the situation, we are not even sure when T20s and ODIs can take place next,” he said.

Dhumal said if the IPL doesn’t take place, the board will take a hit of Rs 4000 crore.

“If IPL doesn’t take place the revenue loss will be Rs 4000 crore. In case, we lose the home season also, that will also be a substantial amount. BCCI is also facing huge losses. If IPL doesn’t happen then we will be in a very big problem,” said Dhumal.

If the T20 World Cup doesn’t take place in October-November, staging the IPL is a possibility in that window.

“If the situation improves by that time (September-October), we also have think about T20 WC and Asia Cup and accordingly take a call. For a full-fledged IPL to happen, you have to have at least 45-50 days. Whether we get the window, it is still a question mark.”