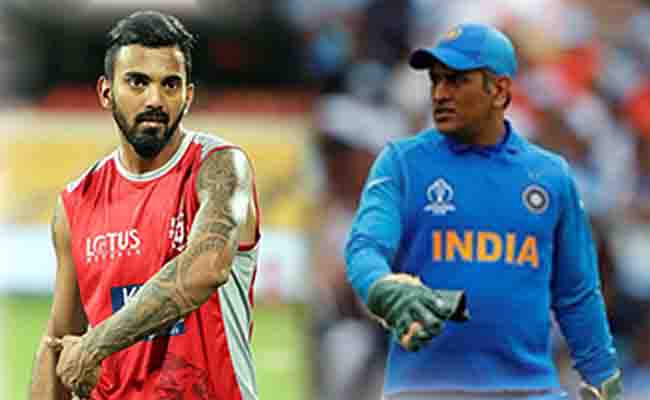 New Delhi: With the fate of the IPL hanging in balance, the future of former skipper MS Dhoni has been the talk of the town since the cash-rich league was set to be the platform to decide if Dhoni will make a return to the Indian team for the T20 World Cup in Australia.

However, former cricketer Gautam Gambhir believes it will become very difficult for M.S. Dhoni to make a comeback to Team India for the T20 World Cup if the 13th edition of the Indian Premier League (IPL) doesn’t take place this year because of COVID-19 pandemic.

“If the IPL does not happen this year, then it will become very difficult for MS Dhoni to make a comeback. On what basis can he be selected since he’s not been playing for the last one or one and a half year,” Gambhir said while speaking on Star Sports’ ‘Cricket Connected’ show.

“If the IPL does not happen, then MS Dhoni’s chances for a comeback look dim. Ultimately, you are representing India, so whoever dishes out the best performance and can win the match for India should play for the team,” he added.

Dhoni has not played for India since the 2019 World Cup where the Men in Blue had to a face a heart-wrenching defeat against New Zealand in the semi-finals.

Speaking to IANS, head coach Ravi Shastri had earlier said that Dhoni’s comeback to the national team will depend on his performance in the IPL which currently stands suspended and the chances it being played in the near future are very grim amid the coronavirus pandemic.

According to Gambhir, K.L. Rahul would be apt replacement for Dhoni in the T20 World Cup slated to be played in Australia in October-November.

“The apt replacement for Dhoni could be KL Rahul. Ever since he has donned the wicketkeeper’s gloves in white-ball cricket, I’ve seen his performance, both batting and wicketkeeping.

“Obviously, his keeping is not as good as Dhoni’s, but if you are looking at T20 cricket, Rahul’s a utility player, can keep and bat at No. 3 or 4,” he said.

The BJP lawmaker further said the decision of retirement however remains with Dhoni as that is his personal choice when to bid adieu to the sport.

“MS Dhoni has not told anyone anything. He has a different story. What almost everyone think is that he might return to the Indian team if he performs well in the IPL. But I personally feel he played his final match for India at Manchester against New Zealand,”? he said in a YouTube video with former Pakistan skipper Ramiz Raja.

“Since then, he has not made himself available to the team. He has not been dropped. I feel he has made up his mind that he is no longer going to play for India.”

But the former opener feels there can be a change in stance if either BCCI President Sourav Ganguly or the team management calls for his services.

“Unless, of course, Sourav Ganguly, Virat Kohli or Ravi Shastri pick up the phone and tell Dhoni to help the team out in the T20 World Cup. If they tell Dhoni that they want him to play the World Cup, then there is a chance he could return,”?he said.

“Otherwise, in my opinion, Dhoni has made up his mind that ‘I am not going to play, I don’t need a farewell match. I came quietly, I will leave quietly’. He doesn’t need grandstanding. He is not that kind of player.”