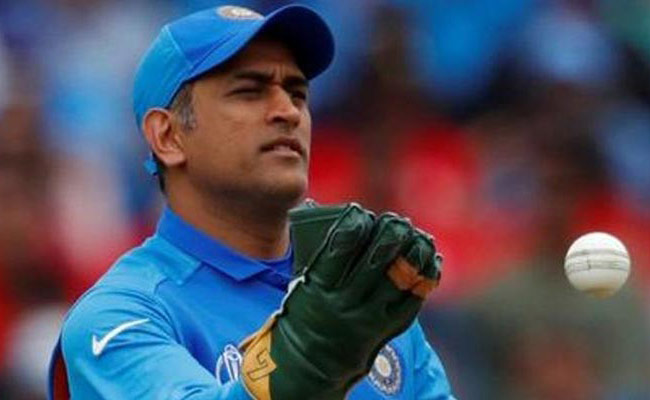 Mumbai: Former India captain Sunil Gavaskar feels it would be very difficult for M.S. Dhoni to find a place in the India squad for the T20 World Cup slated to be played in October-November in Australia.

“I would definitely like to see Dhoni in India’s World Cup squad but it’s highly unlikely that it is going to happen,” Gavaskar told Dainik Jagran.

“The team has moved on. Dhoni is not someone to make big announcements so I reckon he would silently retire from the game.”

MS Dhoni, 38, last played for India at the 2019 World Cup in England where the Men in Blue were knocked out in the semi-finals. Since then, he has been on a sabbatical and is due to appear on the cricket field in the upcoming edition of the Indian Premier League (IPL).

Read: IPL 2020: Season’s Fate Towards End Of Month, Likely To Be Truncated

The IPL 2020 edition, originally due to start on March 29, has been postponed till April 15 due to the coronavirus outbreak. Dhoni was training with the Chennai Super Kings squad but had to leave midway due to the COVID-19 pandemic which has so far claimed more than 11,000 lives across the world.

MS Dhoni Is An Asset, India Can’t Look Beyond Him In T20 World Cup: Wasim Jaffer

However, a few days back, former India opener and domestic legend Wasim Jaffer has said that going into the T20 World Cup, Team India cannot look beyond veteran wicket-keeper batsman MS Dhoni, if he is fit and in form.

Jaffer, who announced his retirement from all forms of the game earlier this month, claimed Dhoni’s inclusion in India squad could ease the pressure on K.L. Rahul or Rishabh Pant; who are currently sharing the gloves for Team India in limited-overs cricket.

“If Dhoni is fit and in form I think we can’t look beyond him as he’ll be an asset behind the stumps and also lower down the order. It’ll take the pressure of keeping off Rahul and India can play Pant as a batsman too if they want a lefty,” Jaffer said in a tweet.

Dhoni, 38, last played for Team India at the 2019 World Cup in England where the Men in Blue were knocked out in the semi-finals. Since then, he has been on a sabbatical and is due to appear on the cricket field in the upcoming edition of the Indian Premier League (IPL).

“It all depends on when he starts playing and how he is playing during the IPL. What are the other people doing with the wicket-keeping gloves or what is the form of those players as opposed to Dhoni’s form. The IPL becomes a massive tournament because that could be the last tournament after which more or less your 15 is decided,” Shastri had told IANS in November last year.

“There might be one player who might be there and thereabouts in case of an injury or whatever. But your team I would say would be known after the IPL. What I would say is rather than speculating of who is where, wait for the IPL to get over and then you are in a position to take a call on who are the best 17 in the country,” he had added.

As per the latest updates till Saturday evening, The number of novel coronavirus (COVID-19) cases in India rose to 283 with 65 persons testing positive. Several states have gone into battle mode to contain the pandemic, imposing restrictions on people’s movement and gatherings besides announcing a slew of precautionary measures.