IPL 2020: Season’s Fate Towards End Of Month, Likely To Be Truncated 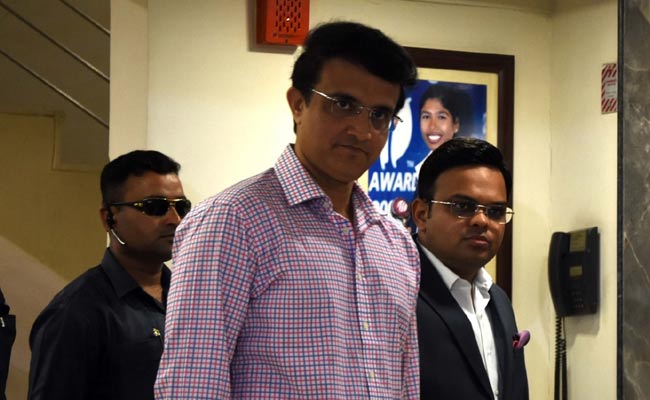 New Delhi: The Board of Control for Cricket in India (BCCI) and the IPL team owners held a meeting in Mumbai on Saturday where they decided to follow the ‘wait and watch’ policy till closer to the end of the month.

Only then will they decide on the next course of action with regard to the fate of the 13th edition of the IPL.

The Indian Premier League (IPL), which was supposed to start on March 29, was on Friday postponed till April 15.

Speaking to IANS, an official of one of the franchises said that while the current situation was discussed and all parties involved believed that human life is most important, a call on the fate of IPL will be taken only at the end of the month.

“It has been decided that the next call will be taken only towards the end of the month as that will also give the BCCI more time to understand how things are working with regard to the coronavirus outbreak and if the IPL can be held at all,” the official said.

Another official added that waiting till the end of the month will also help understand if an exception can be made and foreign players can be brought in. After all, it all depends on how the situation stands with regard to the coronavirus outbreak in the country, which has already affected over 80 people.

“See, at the moment it is a pandemic. But waiting till the end of the month means you get approximately 15-16 more days to understand how things stand with regard to the coronavirus outbreak. While some options have been discussed, we will get a clarity only once we reach the end of the month. If the situation improves, the BCCI can always ask the government to help and make an exception so that foreign players can come in. At present, human life is the priority, nothing else,” the official said.

The government on Wednesday cancelled all visas, except for a few official categories, till April 15 in the wake of the growing coronavirus scare.

In the meeting held at Nirman Bhavan in the national capital, it was decided that all existing visas, except diplomatic, official, UN/international organisations, employment and project visas, stand suspended till April 15.

The Sports Ministry also followed this up by making it clear that all sporting events should be cancelled in the wake of the coronavirus outbreak. And if it is unavoidable, the events should be held behind closed doors so as to avoid mass gatherings.

The 2020 season of the Indian Premier League (IPL) will be a truncated affair, Board of Control for Cricket in India (BCCI) president Sourav Ganguly said on Saturday. The season was due to start on March 29 but has since been deferred to April 15 due to the outbreak of the coronavirus pandemic in the country and around the world.

“If it happens, it has to be truncated because if it starts on April 15, then anyway 15 days are gone. How truncated, how many games, I can’t tell at the moment,” he told reporters after meeting officials from IPL franchises.

Ganguly said that even a call on whether to play the matches behind closed doors can be considered only after April 15 and that it is “too premature” to consider back-up plans in case the season cannot be held even after that date.

“Allow us a week and then we will figure out how things go around in the world and decide,” he said. “We will reassess the situation every week. We will (coordinate) with the (authorities) and work around.”

Ganguly said that the board has not yet set any cut-off date to host the tournament. “We can’t say that at the moment. As much as we want the IPL to happen, we are also careful about the security of the people,” he said.

84 COVID-19 cases have been reported in the country thus far and two deaths. The outbreak, coupled with the global crisis it has caused, has brought the sporting calendar in the country and around the world to a virtual standstill.

No Orders Issued For Cancellation Of Marriages: BMC Commissioner On Coronavirus Advisory