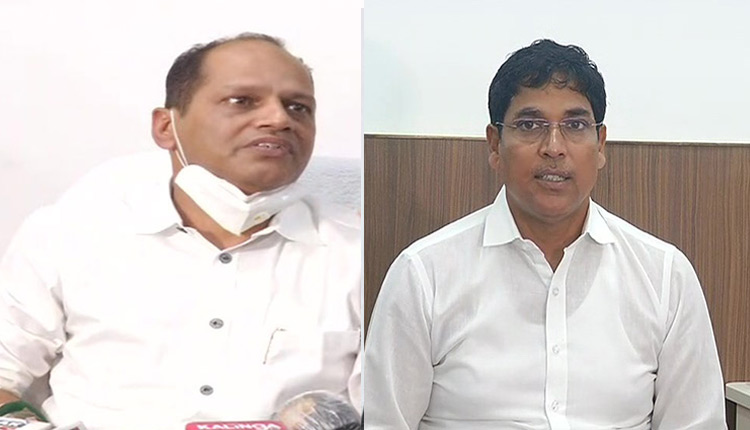 Two near-simultaneous developments – the ‘Pari case’ and the vigilance raid on and arrest of senior IFS officer Abhaykant Pathak and his son – have rocked the state in the last one week and more. The spotlight has stayed focused on these two cases with charges and counter charges flying thick and fast. Hardly a day passes without some major development or important revelation in either case. The winter session of the state Assembly, slated to continue till December 31, was adjourned sine die a full month ahead of schedule primarily because of the heat generated by these cases and the embarrassment it was causing the Naveen Patnaik government.

But there is one thing that has gone all but unnoticed in the furore over the two cases. Even as the ruling BJD took the unprecedented step of summarily expelling former minister and Gopalpur MLA Pardeep Panigrahi for alleged ‘anti-people activities’, perhaps the first time when such a reason has been invoked to throw someone out of a political party, it has refused to serve even a show cause notice on Agriculture and Higher Education minister Arun Sahoo, who is in the eye of a storm over his alleged role in protecting the killer of five-year old Pari from the long arm of the law. The clamour for his sacking from the council of ministers, initially made by the two major opposition parties in the Assembly, has now reached a crescendo with protests by various organisations across the state.

The charges against the two BJD leaders, of course, are matters of investigation at present. But if one were to simply compare the nature of charges, the allegation against Sahoo is much more serious. After all, it involves the heinous, brutal murder of an innocent five-year old girl, allegedly as part of an organ racket. The charge against Panigrahi, though serious, pales in comparison. Flying to Mumbai and Pune on chartered flights and splurging money in five-star hotels at a time when Corona was wreaking havoc in his area is certainly insensitive on the part of the Gopalpur MLA. But it cannot be called a crime till it is clear who footed the bill for the luxury jaunts. Likewise, Panigrahi’s complicity in the shenanigans of Akash Pathak, son of IFS officer Abhyakant Pathak and would be son-in-law of Panigrahi, remains just an allegation at this stage. If evidence emerges during the course of the ongoing investigation that he facilitated the duping of scores of job aspirants in his area by Pathak junior, he should be booked by all means. But to expel a man who was Naveen Patnaik’s acolyte till recently on charge of ‘anti-people activities’ of all things without giving him an opportunity to present his side of the story amounts to a classic case of ‘giving the dog a bad name and hanging him’.

In contrast, circumstantial evidence of Arun Sahoo’s role in the Pari is already in public domain in the shape of an audio clip of a conversation between him and the Sarpanch of Laxmiprasad panchayat Soumya Ranjan Pradhan, which leaves no doubt about the minister’s links with Babuli Nayak, the alleged killer of the little girl. This could be a good starting point for an investigation into Sahoo’s role, if any, in derailing the police investigation and protecting the culprit. Jena’s outburst on TV provides enough ground to start an investigation into his role in the case. But by the looks of it, that does not appear to be anywhere in the scheme of things of the special investigation team (SIT), headed by Crime Branch IG and celebrated cop Arun Bothra, now investigating the case. Or the Crime Branch probe before that. Or, for that matter, the investigation by the Nayagarh police before that. If anything, the hapless parents of Pari, who attempted self-immolation in front of the Assembly on November 28 in a desperate bid to draw attention to their plight, are facing daily threats.

Like everyone else, Arun Sahoo is innocent till proven guilty. But in the fitness of things, he should have stepped down – or have been asked to step down – till he is cleared of all charges to inspire confidence in the fairness of the investigation, if nothing else. This becomes even more important in view of the shocking charge made by Pari’s father that Nayagarh police sought to buy his silence with an offer of Rs 5 lakh and the institution of an award in Pari’s name. In the past, Naveen Patnaik has dropped ministers for much less. In his first term as Chief Minister, Naveen dropped three cabinet ministers in one go for merely being under ‘the shadow of corruption’ (whatever that means). Veteran leader Prafulla Ghadei was sacked from the cabinet – and expelled from the party too – not for any crime, but for a mere statement against the CM in the press. It may also be recalled that the now deceased Pipili strongman and former Agriculture minister Pradeep Maharathy was dropped from the cabinet by Chief Minister Naveen Patnaik two years ago for nothing more serious than hailing the acquittal of the accused in the equally heinous Bebina rape and murder case. By that reckoning, there is all the more reason for the CM to drop Sahoo.

But then the BJD supremo knows Sahoo is no pushover and any punitive action against him is bound to cost the party dear due to the clout he enjoys in the party organisation, especially among the youth. It seems action in Naveen Patnaik’s scheme of things depends not on the gravity of the charge against the person but on his damage potential.