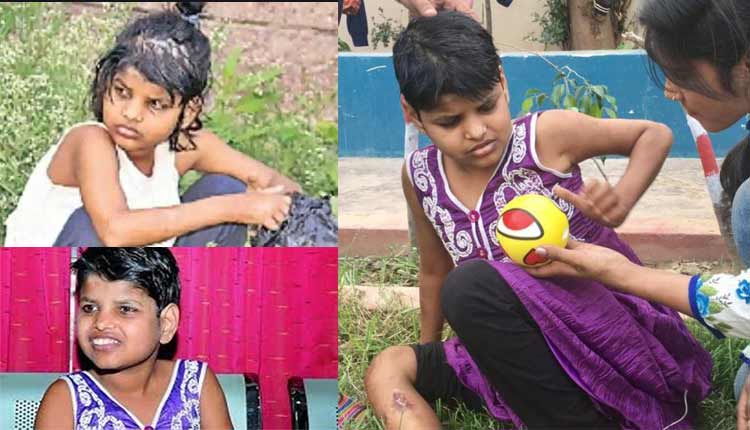 Lucknow: In January 2017, when she was found in the jungles of Katarniyaghat Wildlife Sanctuary in Bahraich district, she had all the spotlights turned on to her.

Having apparently lived in the wild, she would walk on all fours like animals, growl and snarl at humans and could not eat with her hands.

She was about ten years old then and was named as the ‘Mowgli girl’ by the media.

Three months later, in April 2017, the girl was shifted to the Nirvan shelter home on the order of Child Welfare Committee, Bahraich.

A number of persons came forward to claim that the girl was their lost daughter but none of them could substantiate their claim.

Renamed as ‘Ehsaas’, the transformation of this Mowgli girl began at the shelter home.

S. Dhapola, owner of Nirvan shelter home, said, “Today Ehsaas is about 13 years old. She now walks, eats normally and even tries to dance. She still cannot talk but knows how to express her feelings. Though she is still recuperating from ailments and health disorders, she is a fast learner.”

Those who are engaged in educating and a psychological evaluation of Ehsaas said, “She was perhaps abandoned due to her mental illness. It is unlikely that she was raised in a jungle. She responds when her name is called out.”

One of her counsellors said, “Earlier she was very aggressive, used to hoot and growl at the strangers in the shelter home and also threw things around. But now she is calm and eats with her hands. She mingles and plays with other children.”

The officials said that though Ehsaas is not yet being given any primary level informal education, but she is being trained through habit formation techniques. This has proved crucial in helping her to lead a normal life.

She is also being given oxygen and aroma therapies.