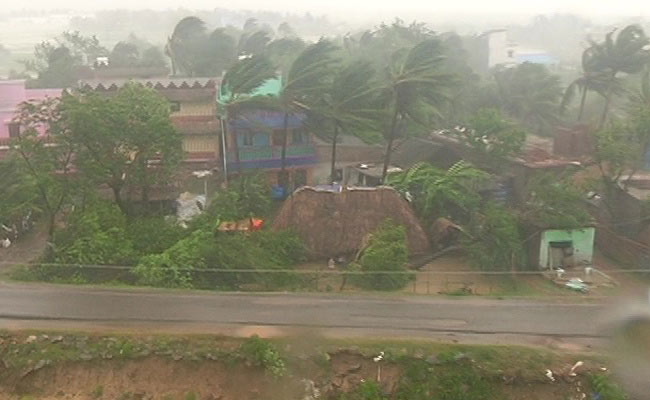 Bhubaneswar: Odisha government on Saturday claimed that there has been no loss of human life in cyclone Amphan which wreaked havoc in several districts of the State and neighbouring West Bengal on May 20.

As per the preliminary report on restoration and damage assessment released by the Odisha government, 10 districts of the State- Balasore, Bhadrak, Kendrapada, Jagatsinghpur, Mayurbhanj, Cuttack, Jajpur, Keonjhar, Khurdha, and Puri were affected in cyclone Amphan. However, four of them -Balasore, Bhadrak, Kendrapada and Jagatsinghpur were the worst hit by the cyclone.

While 8,72,049 livestock were affected, 28 large animals, nine small animals, and 3,680 poultry birds perished, there were no reports of human casualty in the cyclone Amphan. Around 500 houses have been fully damaged while 15,000 houses were partially damaged in the natural disaster.

“At present, the house damage enumeration is going on in full swing and expected to be completed by May 26,” said a senior official.

85 % of the affected consumers have got back power. Restoration is in full swing and complete restoration is expected by today.

4930 no. of telecom sites are fully/ partially damaged in Balasore, Bhadrak, Jagatsinghpur, Kendrapad and Mayurbhanj districts.

90% of total mobile sites have already been made functional.

No major damages have been reported.

Power supplies to all affected PWS are expected to be restored by 23rd May 2020.

However, water supply with alternate power system is already going on and as such all consumers are getting water supplies.

81 no. of water tankers also engaged for drinking water supply.

In urban areas power supply has been restored to 376 pump houses out of 401 affected due to the cyclone and 25 no. of DG sets are being engaged for the remaining pump houses to ensure continuous water supply. 55 no. of water tankers are also engaged for providing drinking water.

2592 no. of fallen trees removed and all 290 no. of blocked RD roads have been cleared.

151.05 km lengths of Roads/ Embankment have been damaged and 42 no. of CDs/ Bridges damaged.

Modi after conducting an aerial survey of the affected districts along with Odisha Governor, CM Naveen Patnaik and two Union Ministers- Dharmendra Pradhan and Pratap Sarangi yesterday, had announced an immediate assistance of Rs 500 crore for carrying out relief and restoration works.