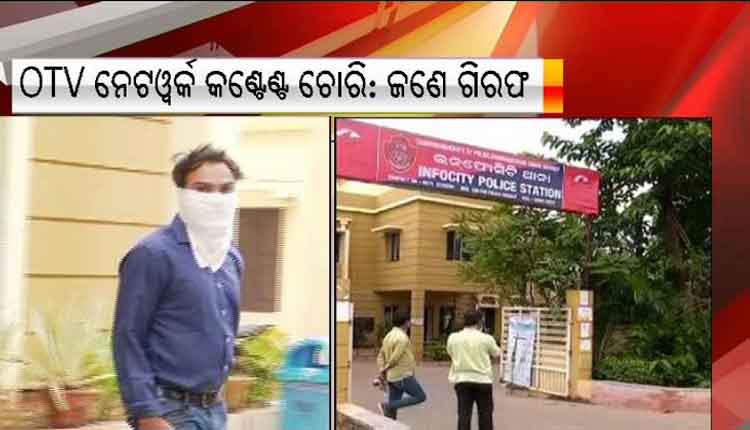 The accused identified as Niranjan Senapati of Khurda was reportedly stealing various content of OTV without any authorisation and/or consent.

An FIR in this connection was lodged by the OTV Network at Infocity Police Station citing unauthorised uploading of exclusive digital content from OTT platform of OTV Network – Tarang PLUS on to a YouTube channel infringing copyright.

The accused youth said, “I uploaded Tarang’s Tara Tarini TV show episodes on my YouTube channel when I saw many other channels doing so without facing any action. But my channel was suspended on charges of copyright infringement, so I urge others not to do any such mistakes.”

Moreover, with frequent circulation of fake news & hoaxes with morphed OTV logo and graphics on social media, the Commissionerate Police has assured that exemplary action will be taken against people found involved in such unscrupulous acts. “A case has been registered for posting such unethical content in the name of OTV. Action will be taken and the culprits will be nabbed,” said Bhubaneswar DCP, Umashankar Dash.

Speaking in this connection, Creative Head of Odisha Television Limited Network, Ranjan Satpathy said the arrest of the youth for piracy is a warning for all those who are blatantly using our exclusive content on their channels.

“Despite awareness, those who are still uploading our content don’t understand that it is leading to huge revenue losses. We want to make it clear that they should immediately stop such acts or else face legal action,” said Satpathy.

New Education Policy 2020: Students To Get Chance To Take Exams Twice A Year