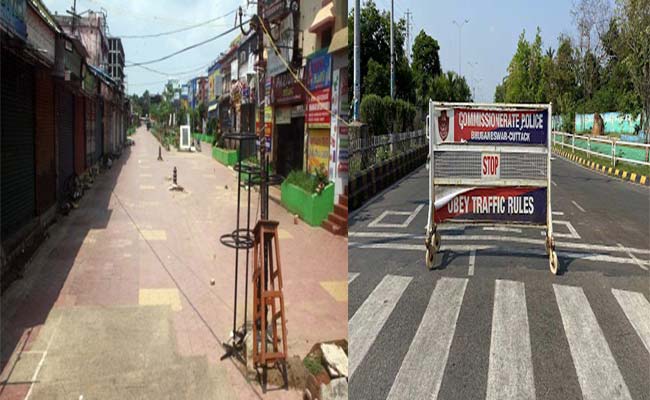 It seems we have little choice but to brace for a fresh spell of ‘lockdown’ – a state we Indians, with the exception of the people of Jammu & Kashmir, had no previous experience of till a month ago, but now know like the back of our palm. The modern day ‘Battle of Mahabharat’ that Prime Minister Narendra Modi had ordained to last 21 days while announcing the nationwide lockdown from March 24 on TV now looks all set to last beyond April 14, the date scheduled by the PM for the ‘epic war’ to come to an end. With the ‘enemy’ turning out to be a much tougher nut to crack than anyone, including the PM, had imagined, it is obvious that there is no way the war is going to be won in the stipulated period.

The ‘enemy’, a tiny virus called nCorona, has displayed such amazing staying powers, fighting skills and firepower that even the ‘most powerful’ nation in the world has been brought down to its knees! Amazingly though, while the virus has inflicted the maximum damage to the most advanced countries like the US, Italy, Britain and France, the impact has been much less in ‘poor’ countries like India and Pakistan. Nothing illustrates the changing world order better than US literally begging India for ammunition in the shape of hydroxychloroquine tablets to fight the War on Corona! t seems it is a divinely ordained design to redraw the power equations in the world.

Also Read: ‘Lockdown’ Isn’t Such A Terrible Thing After All!

But the big question in India right now is not the changing world order, but whether an extension of the lockdown period is practicable and sustainable? My own view, for whatever little it is worth, is that it isn’t. Let us not forget that the number of cases in the country, which stood at around 500 when the lockdown started, has grown 10-fold to more than 5, 000 (with more than 150 dead) in just the first two weeks of the three-week period despite all the unprecedented restrictions in place. The rate at which the numbers are growing, there is little doubt that it would have gone up by a few thousands more by the scheduled end of the lockdown on April 14. So, it is not as if the lockdown has arrested the spread of the deadly virus.

Of course, a big reason for the rising numbers is the fact that people have refused to abide by the restrictions imposed by the government as part of the lockdown and take the precautionary measures essential to keep the virus at bay. Despite using all the powers of persuasion and force at their command, both the central and state governments have found it well-nigh impossible to enforce the lockdown in letter and spirit. If it could not be enforced during the first 21 days, where is the guarantee that it can be achieved after the extension? If anything, adherence is likely to become even more lax if it continues beyond April 14. If the government decides on tightening the screws further in a bid to enforce the restrictions, I have a feeling it might backfire and create a new and much bigger problem for the government to contend with. Already exasperated with the loss of earnings for three weeks, India’s poor could run out of patience, abandon the fear of the police danda and start defying the orders in large numbers. This could lead to a law and order problem of unprecedented proportions for the governments – and that too without achieving the purpose for which the screws were tightened in the first place!

It is all very well for the well-heeled people, sitting in the comfort of their air conditioned, well-stocked homes, to watch the ‘wretched of the earth’ venture out of their homes on TV and exclaim; “Why can’t these god-forsaken people just stay indoors?” But for the man who does not know where his next meal will come, death by Corona is any day preferable to death due to starvation. And they are the people who not only constitute the majority, but have been hit the hardest by the complete ‘lockdown’ of all economic activity forced on the country. A nationwide extension of the lockdown will prove disastrous for this vast population, besides causing more and lasting damage to the nation’s economy, already down in the dumps. Of course, there are willful defaulters who venture out not to earn a living, but for fun. But you cannot punish the overwhelming majority of people who are compelled to come out of their homes for economic reasons and not to have ‘fun’.

Also Read: Fault-Finding Can Wait For A More Opportune Time

It is a real Hobson’s choice for the Union government. Lift the lockdown on April 15 as scheduled and risk witnessing a huge spurt in positive cases; extend it and risk creating a massive, countrywide law and order problem. In the event, the best course would perhaps be not to declare a nationwide extension of the lockdown but to let state governments deal with the situation as they see fit. By now, all state governments know what needs to be done to check the spread of the virus. Let them take a call after taking their own situation into consideration. The best course, as of now, appears to be continuation of the lockdown – and even a further tightening of the restrictions in areas identified as ‘hotpots’ – while lifting the curbs in other areas in a phased manner.

A uniform, nationwide extension of the lockdown, in contrast, could prove disastrous; for the country, its economy and, most importantly, its vast army of working class people.