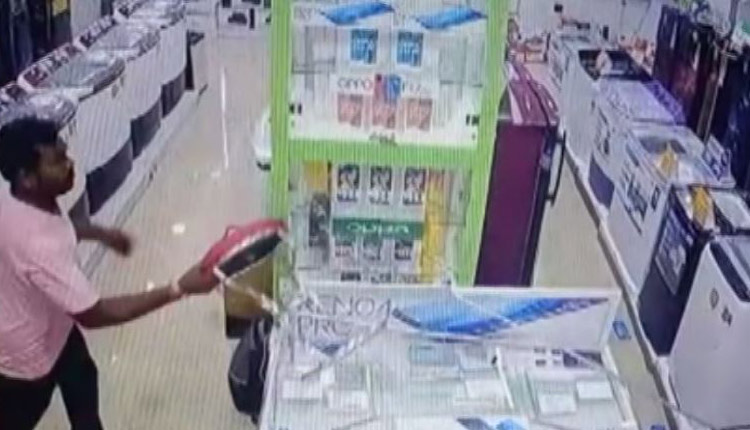 Cuttack: Raising serious concern over law and order situation, a woman and her two sons allegedly ransacked a shop close to Nischintakoili police station here over extortion on Saturday.

According to sources, a man first barged into the shop and ransacked a computer. Later he went on a rampage and broke other items in the showroom. Two of his other family members also joined him in the act. The entire incident was captured in the CCTV cameras installed at the shop.

Several employees of the showroom also sustained injuries in the attack. Meanwhile, the owner of the shop has lodged a complaint against the trio at Nischintakoili police station.

“The miscreants went on a rampage and destroyed laptops, desktops and mobile phones and other articles at the shop. He also took a mobile phone and gave it to his mother. They too attacked us,” said Sagar Kumar Acharya, a staff of the shop.

“My manager called and asked me to come to shop immediately. By the time I reach there, I found the assailants have already destroyed the shop and mobile counter,” said Chitta Ranjan Das, owner of the shop.

Meanwhile, police have detained one of the trio and further investigation into the matter is on.