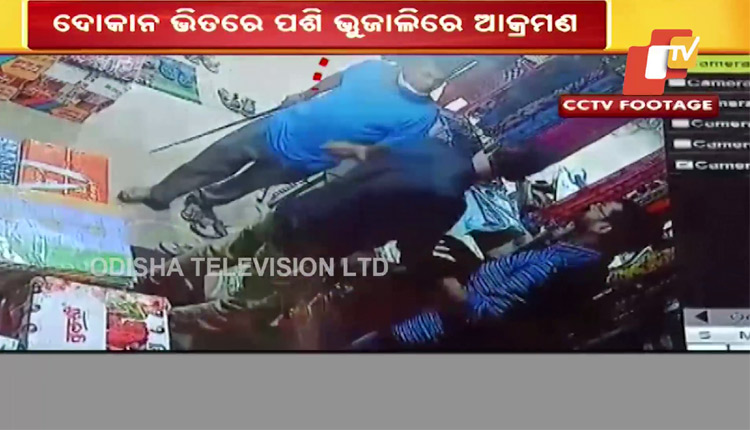 Balasore: A minor argument over blockade of road led to a brutal attack on a garment shop owner in Bhogarai block of Balasore district on Sunday.

The incident captured on CCTV installed at the store reveals the involvement of one Rajendra Jena and his brother Jitendra in the attack on the businessman.

As per sources, when the brothers detained a cement-laden vehicle outside the garment store, it led to traffic congestion, following which the owner of the shop intervened and asked them not to create ruckus and clear way. Moments later, an argument ensued and in a fit of rage, the accused brothers attacked the shop owner with swords, leaving him critically injured.

However, the locals managed to catch hold of the miscreants and handed them over to the police.

While a case has been registered, there is no information with regard to the arrest of the accused persons. “The miscreants have been held and being interrogated. Further investigation is on,” informed Sujata Khamari, IIC of Bhogarai Police station.

Encounter Breaks Out Between Security Forces, Militants In Srinagar