Watch: Major Fire Breaks Out At A Shopping Mall In Rairangpur 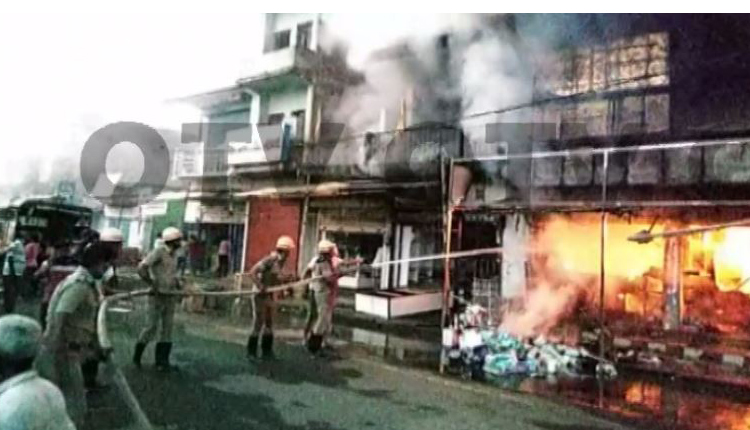 Rairangpur: Property worth lakhs of rupees was gutted after a massive fire broke out at a shopping mall here late last night.

According to sources, the fire broke out at around 3 am and spread to the shops inside the mall.

Three fire tenders were pressed to douse the flames at the site. Till the last reports came in, efforts were on to control the blaze.

It is suspected that the shopping mall did not have any fire safety measures, sources informed.

Massive Fire Breaks Out At ONGC Plant In Surat