Massive Fire Breaks Out At ONGC Plant In Surat 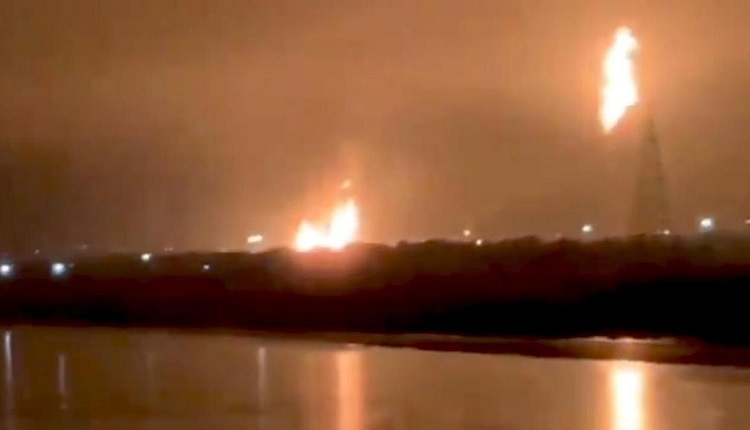 Surat: A fire broke out at the Oil and Natural Gas Corporation’s (ONGC) Hazira gas processing plant in Gujarat’s Surat district in the wee hours on Thursday, an official said.

The blaze, which was preceded by three blasts, has been extinguished, the official said, adding no one was hurt.

The blaze was massive and could be seen from a distance of several km, eyewitnesses said. Some also posted videos of the explosions and the fire on social media.

“The fire broke out in the inlet gas terminal after three massive blasts at 3.05 am. The compressed gas was depressurised to bring the fire under control,” Surat District Collector Dhaval Patel said.

Fire vehicles of the ONGC, Surat Municipal Corporation and local industrial units rushed to the spot and brought the blaze under control, he said.

The inlet gas terminal where the fire broke out was cordoned off and the plant secured, he said, adding the cause of the fire will be ascertained after cooling operations are completed.

No other industry in the area was affected, he said.

There was no confirmation from the district administration of reports that the fire was apparently caused by a rupture in the 36-inch Uran-Mumbai gas pipeline.

The ONGC in a tweet said, “A fire was observed in the Hazira Gas processing plant in the morning today. Fire has been brought under control. There is no casualty or injury to any person.”

“Fire has been completely extinguished. Efforts are being made to resume normal operations at the earliest,” it said in another tweet.