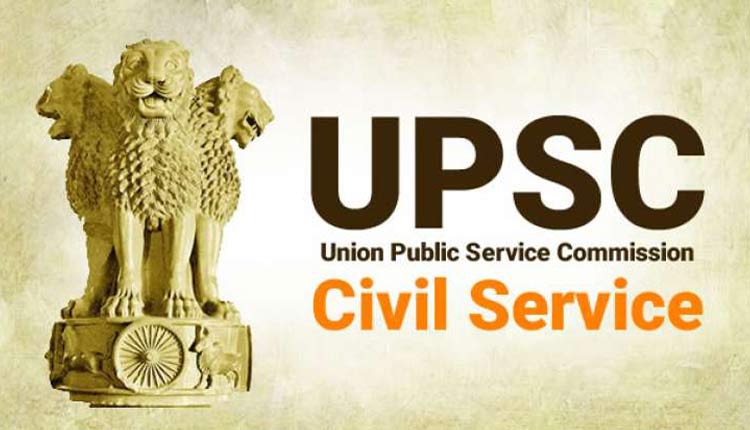 Bhubaneswar: East-Coast Railway on Saturday notified the schedules of the special passenger trains to be run from several places of Odisha to facilitate smooth movement of civil service aspirants set to appear in the preliminary examinations on October 4, 2020.

As per the notification provided by the Railways, all the special passenger trains will run on 3rd and 4th October 2020 to ferry the aspirants from different parts of the state.

One of the trains will leave the southern Odisha town of Koraput at 5AM on 3rd October and will arrive at Cuttack at 9PM. The same train will leave Cuttack for Koraput at 8:15PM on 4th October.

Similarly, train number 05803 will leave Koraput for Visakhapatnam at 1PM on 3rd October and will depart from Visakhapatnam for Koraput at 9:40 PM on 4th October.

The Berhampur-Cuttack special train that is set to depart Berhampur at 4PM on 3rd October will arrive at its destination at 8PM and it will make halts at Chhatrapur, Khallikote, Chilika, Balugaon, Kaluparaghat, Bhusandpur, Nirakarpur, Khurda Road and Bhubaneswar and vice versa. 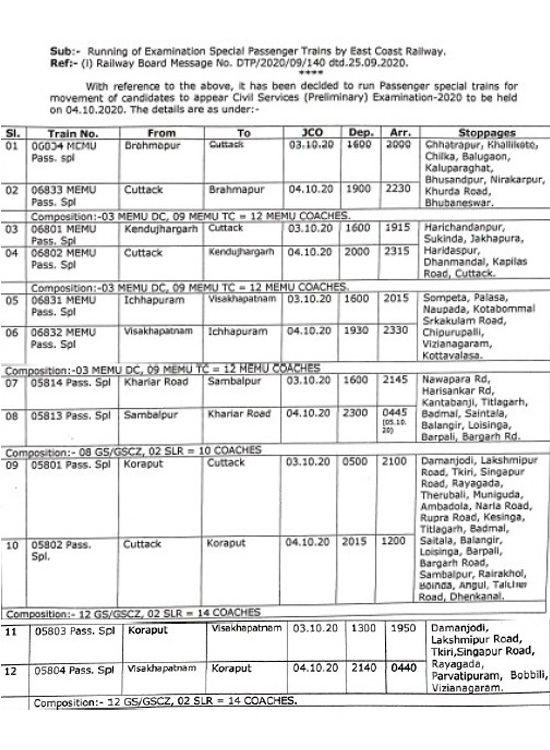