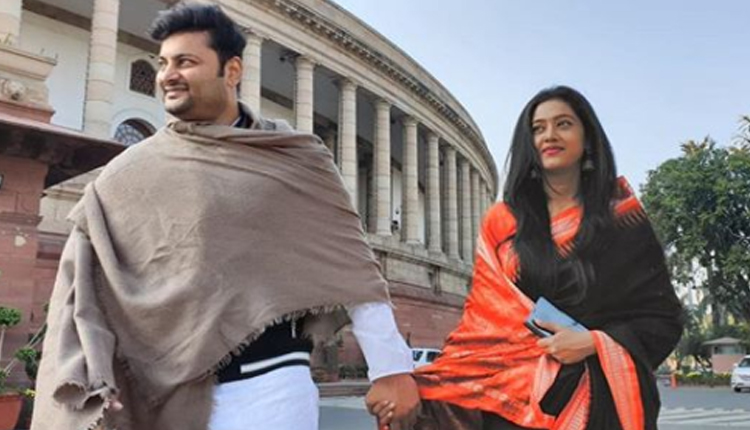 Barsha alleged in the complaint that two persons, who work in actor-turned-politician AnubhavMohanty’s residence at Nandi Sahi in Cuttack, entered her bedroom yesterday evening while she was having food and clicked photographs and shot videos. Barsha is presently staying at her in-laws house.

Barsha further claimed that her life is in threat and sought police protection. She is also likely to hold a press meet in connection with the domestic violence case filed by her against husband Anubhav.

On Monday, Purighat police rushed Anubhav’s house after Barsha sought police protection by calling the police over emergency 100 number. Later, a woman constable was deployed in Anubhav’s house to ensure the safety and security to Barsha.

Earlier in the day on Monday, Cuttack District Protection Officer recorded the statement of Barsha at her in-law’s house.

On the other hand, MP Anubhav Mohanty said that it’s his personal matter and as the matter is in the court, the truth will prevail. He further said that the health condition of his father is not that good and the matter shouldn’t be sensationalised for TRP.

“If madam (Barsha) feels we are harassing her, her sister and mother should take her away from my house. On what basis, she is still living in my house” asked the parliamentarian.

Barsha through her a facebook post yesterday said that truth cannot be defeated and shall be proven soon. She further said that she will break her silence into the matter soon.

“Truth cannot be defeated, it shall be proven soon. Court will take its own action With Lord Jagannath’s blessings & everyone’s blessings I am going to break the silence, nobody has the right to accuse anyone falsely. Love you Odisha, Love you all. Jay Jagannath,” wrote Barsha in her Facebook account.