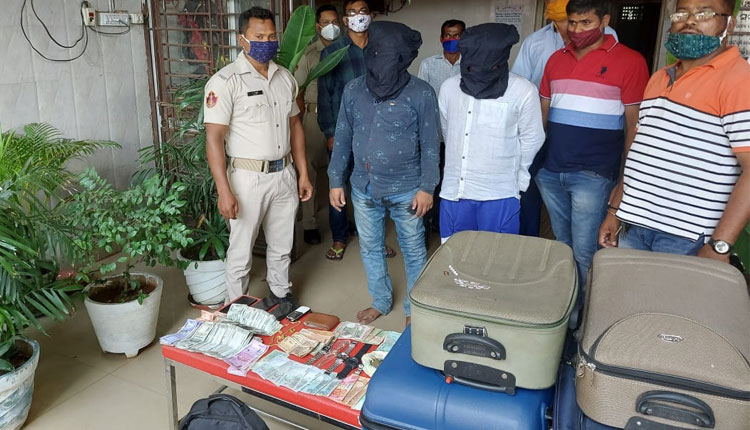 Bhubaneswar: In a major breakthrough, Khandagiri police on Saturday arrested two most wanted criminals of a drug and loot gang operating in the capital city of the State.

The accused, identified as Sushant Rout and Simanchal Subudhi, mostly used to befriend people travelling alone or waiting near bus stands, railway station and airport and then rob them after spiking their drinks.

A senior official of Commissionerate Police informed that the criminals used to win confidence of innocent and vulnerable people before offering them tea or alcohol spiked with drugs (sedatives).

“We have arrested two criminals who used to drug passengers and loot them by mixing sedatives in their drinks. There are other members of the gang who are still at large. We have seized some gold ornaments, Rs 1.08 lakh in cash and some foreign currencies from their possession,” the official said.

The motorcycle used to commit crimes has been seized, he added.

Preliminary probe reveals that the gang is involved in nearly 10 cases, of which five are registered with Khandagiri police alone.

The official further informed that efforts are on to ascertain the source of the foreign currencies as it is suspected that it could be of some passenger who has not reported about the loot.