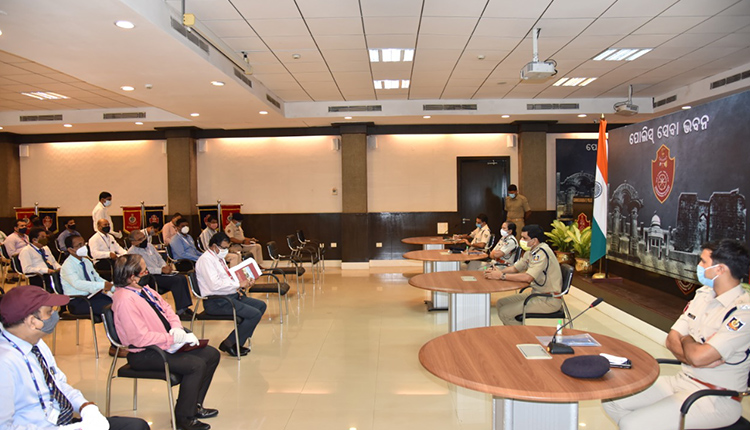 Bhubaneswar: The Commissionerate Police on Friday held a discussion with the representatives of several banks and suggested them to adopt certain measures to prevent loots in banks and ATMs by miscreants in the twin cities of Cuttack and Bhubaneswar.

Briefing mediapersons, the Commissioner of Police, Sudhansu Sarangi informed that the police held discussion with around 25 representatives of nationalised and private banks in the twin city and advised them to update their security systems and be more alert in order to avoid theft in banks and ATMs.

The Commissionerate Police has asked bank authorities to install CCTV cameras in their concerned branches and ATMs and ensure that they are working properly, said Sarangi.

Besides, the banks have also been asked to update and repair their alert system so that immediate assistance can be sent in case of any emergency.

“As bank loots have increased in the past few days, the bank authorities should keep their security system on high alert mode. They should ensure their CCTV cameras and alert system are working fine and be in touch with police in order to report any theft immediately,” said the Deputy Zonal Manager of State Bank of India, Ambika Prasad Mishra.