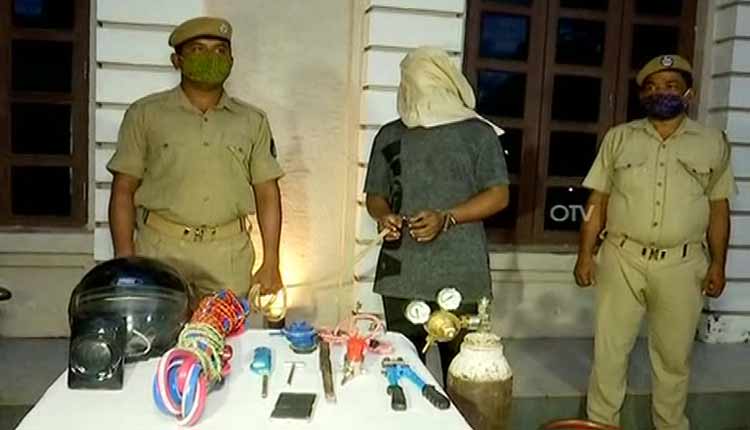 Cuttack: Timely action by Commissionerate Police foiled a robbery attempt at an ATM counter in Gandarpur area under Chauliaganj Police limits in the wee hours of today.

Addressing a presser today, Cuttack DCP, Prateek Singh informed that the accused Sishir Debanath was working at a medicine store and has confessed.

“The accused watched several videos on how to loot cash from ATMs and procured gas cutters, oxygen cylinders from a shop at Mahanadi Vihar area,” said Singh.

Singh further informed that the accused had conducted a recce of the ATM multiple times.

Yesterday, he entered the ATM, which reportedly had Rs 20 lakh cash, with all the equipment. On getting information, a police team rushed to the spot, but the accused had fled the crime scene.

“From Preliminary probe, it is evident that only one person was involved in the incident. No footage has been captured as the accused had covered the camera with a cloth,” Singh added.

Senior police officials said that the accused was in need of money. “We are verifying the criminal antecedents of the accused,” Singh added.