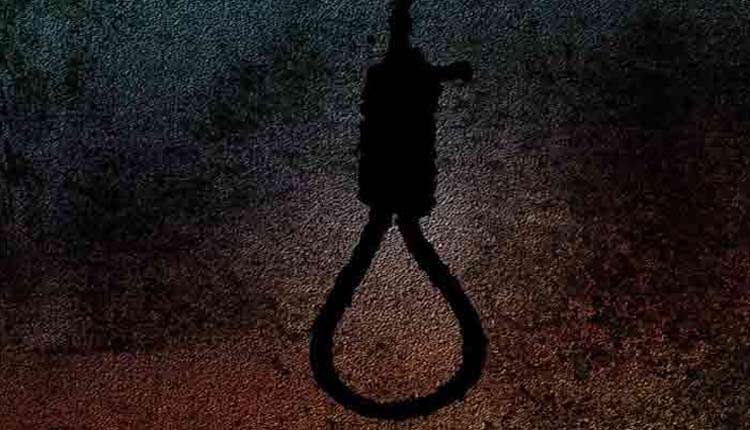 Bhubaneswar: As Odisha is battling with the Covid-19 pandemic, another disconcerting pattern underscores the dark realities in these times of pandemic.

In the last two months, the State has witnessed many cases of suicide as vulnerable individuals, unable to cope with the loss of near and dear ones are taking the extreme step.

Subhadra Bhol of Katijanga village in Jagatsinghpur district allegedly committed suicide on account of stress following the demise of her husband. She reportedly took her own life just three days after the death of her husband Nirlipta Bhol. According to sources, the couple was quarantined at SVM College temporary medical centre (TMC) after their return from Telangana on June 30. Their samples were sent for Covid-19 test on July 1. However, Nirlipta was shifted to Covid-19 isolation ward at Jagatsinghpur district headquarters hospital on the same night after his condition worsened. He died the following morning.

Prior to taking her own life, Subhadra reportedly had released an audio clip and blamed medical negligence for the death of her husband.

“When I went to call the doctor, he did not come. The doctor arrived later. By that time my husband had stopped responding. My husband is no more, I am also going with him,” Subhadra was heard saying in the audio clip, reportedly recorded by her prior to committing suicide.

Commenting on the matter, Ajay Kumar Swain, ADMO in-charge of Jagatsinghpur said, “The sample test report of the patient had not come. When the doctor went to attend him after wearing PPE kit, he was writhing in acute chest pain. The doctor was treating him when he passed away.”

Similarly, a couple in Narayanpur Sasan under Kabisuryanagar in Ganjam district committed suicide after their only son reportedly died of Covid-19.

According to sources, the couple-Rajkishore Satpathy and Sulochana-were in shock and grief after the death of their son Simanchal. The youth was taken ill last Wednesday following which he was admitted to a hospital in Bhubaneswar, but died on Friday.

While Simanchal’s father committed suicide in a nearby forest, his mother took her own life inside the house, soon after getting the news. What is more shocking is that none from the villagers came closer to the bodies fearing Covid-19 infection. The bodies reportedly remained unattended for several hours.

Santosh Panigrahi, a local resident, said, “They committed suicide due to shock and grief. Their bodies remained hanging for 15 hours, but neither the administration nor the local residents went near. It is really very unfortunate.”

Psychologist says that apart from staying alert, one should have patience in these trying times.
“Until a vaccine is ready, we have to remain alert and fight the pandemic. This period will also pass by and everything will limp back to normalcy,” said psychologist, Sangeeta Rath.