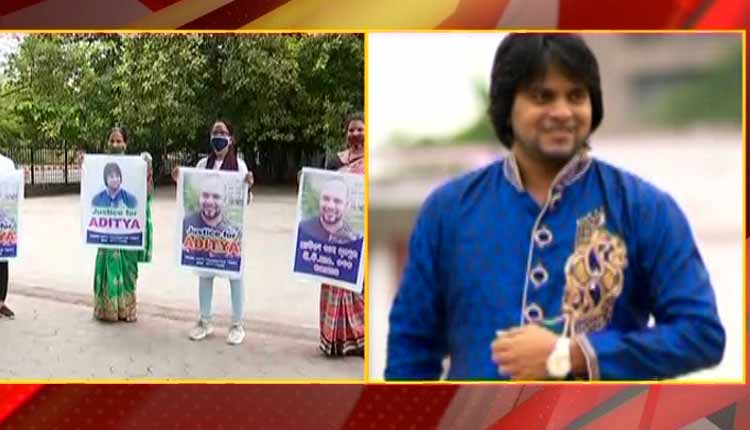 Bhubaneswar: With the cloak of mystery yet to lift from the death of social worker and motivational speaker Aditya Dash, members of a NGO on Friday staged a peaceful demonstration seeking a probe by the Central Bureau of Investigation (CBI).

The members of Yours Hope Foundation staged a demonstration in Bhubaneswar and demanded for a CBI probe claiming that it is the only way to bring the truth out.

“Aditya was a social worker and was doing excellent work. He was a like a younger brother to me. As both his wife and friends are engaged in mudslinging, we sense some foul play in his death. Hence, we are demanding for a CBI probe,” said social activist, Rina Rani Nayak.

Aditya’s wife Bidyashree has demanded a detailed investigation into the exact reason behind her husband’s death.

“If my husband has committed suicide, police should investigate what were the reasons that drove him to such extreme. I personally don’t feel that he (Aditya) could end his life as he was mentally very strong. A fair investigation is required to ascertain what was troubling him,” said Bidyashree.

It is pertinent to mention here that the body of Aditya Dash was found on the railway tracks near Lingaraj Temple Station on Tuesday.

Though it is still unclear whether it is a case of suicide or murder, the entire incident took a new turn on Thursday after the Government Railway Police (GRP) registered a murder case in connection with the incident. The GRP registered the case after post-mortem report indicated that died due to grievious injury on his head.

The members of People For Seva, the charitable organisation founded by Aditya, had also lodged an FIR alleging murder. They had claimed that Aditya was receiving threats from criminals as he launched an anti- liquor agitation.