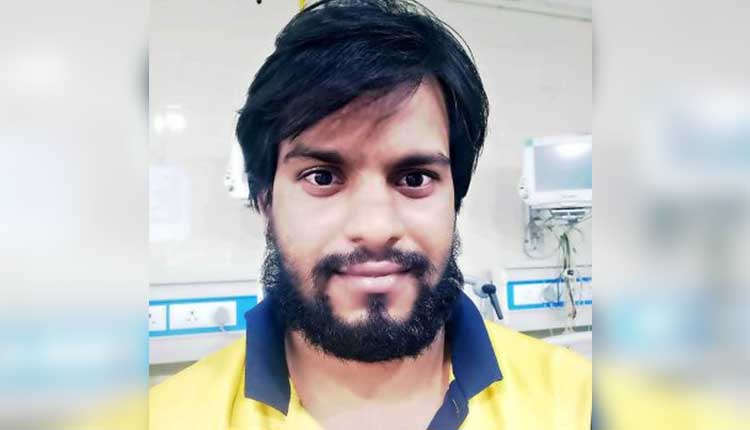 Bhubaneswar: Autopsy report of social activist Aditya Dash on Thursday revealed that the motivational speaker had a fatal head injury which led to his death. Bhubaneswar GRP has initiated a murder probe into his mysterious death.

The matter took a sharp turn after members of People For Seva, the charitable organisation founded by Aditya lodged an F.I.R in Bhubaneswar GRP station, alleging murder behind his death. Railway Police has registered a case under Section 302 (murder) of the IPC.

According to reports, Railway police launched a murder inquiry after the autopsy revelation following recovery of Aditya’s from railway tracks near Lingaraj Temple Station on Tuesday. Cops are tracking the past call details of the deceased and his wife Bidyashree.

Allegedly, the dairy which was found from Aditya’s home has mentions of donation money revolving around his charity and police are also investigating the angle. The note which had gone viral on social media yesterday triggered a buzz of his suicide. However, his family members refused to accept the suicide angle.

His notes read, “Youths of this country should make themselves stronger before fighting against the government. I always wanted a state free of drug-addiction. My soul would find solace if my state becomes addiction-free.”

Aditya’s wife Bidyashree alleged, “A person like him can never commit suicide. There is well rehearsed conspiracy to kill him. There has been serious mismanagement in ‘People for Seva’ funds for which he remained tensed for days. This is the reason why he is no more now”

According to sources, Aditya was quite popular on social media for his inspiring speeches and was also well-known for his philanthropic activities. He had built an old-age home in Bhubaneswar for elderly people with help of his charitable organisation.