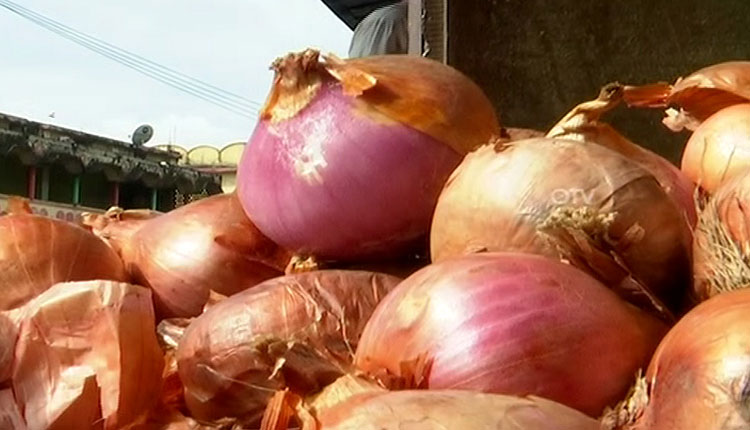 Cuttack: The retail prices of onion in Cuttack and Bhubaneswar markets have touched Rs 60 per kilogram and the traders are expecting that the rates will further increase in the coming weeks.

At a time when residents are trying to limp back from the economic loses they have so far faced due to the Covid-19 lockdowns and shutdowns, the skyrocketing prices of the staple veggies like onion and potato have hit their pocket hard.

Secretary of Chhatra Bazaar Traders’ Association, Debendra Sahu attributed the rise in price to the high cost of onion in Nasik, which is the source market of onions for Odisha, and the recent flood triggered by rainfall in Andhra Pradesh and Karnataka.

“There is not much production of onion in Odisha and the State has to depend on Nasik (Maharashtra), Kurnool (Andhra Pradesh) and Bengaluru (Karnataka) for the import,” said Sahu.

The new stock from Nasik will reach after Diwali and as the old stock is about to finish, the rates are increasing every day. During these four months when the supply is less from Nasik, we depend on import from Karnool and Bangalore. However, supply from there has also considerably decreased due to the rain and flood in those regions, added Sahu.

“Without any alternative, we have to depend on the import from Nasik now. If onion prices rise there, the rates will ultimately go up here. Unless the new onions are harvested in Nasik, the prices will continue to increase and will not come down till Diwali,” claimed the Chhatra Bazaar trader.