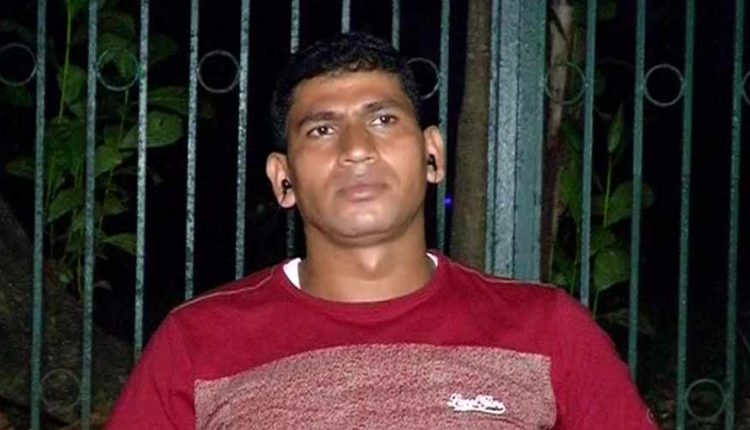 Bhubaneswar: With lockdowns and restrictions due to novel-Coronavirus the world seemed to have turned upside down. Economic activity and life of people have been hit with enormous proportions probably for the first time in at least a century. Faced with a financial crisis after being rendered jobless due to the pandemic, people have been forced to go up to unbelievable limits to make both ends meet.

Kartika Sahoo from Garadpur block of Kendrapada district was once a bag full of dreams when he went to Mumbai nearly 8 months ago to pursue a career in Bollywood.

Fortune also favoured him when he got a big break soon which landed him to line up on several action scenes with top actors of the industry. Starting from Akshay Kumar in Sooryavanshi to Salman Khan and Sanjay Dutt, Kartika felt like being on cloud nine as he could see things falling in the right place for him. He also became a part of several daily soaps and bouncers for celebrities like MS Dhoni and Virat Kohli.

After finishing a fight scene at Jaipur, Kartik came down to his native place on a holiday on Feb 25 but it soon became clear to him that a crisis was imminent.

With government beginning the lockdown process and Mumbai turning out to be a Covid19 hotspot a few weeks later, Kartik had no other option left but to stay at home without any source of income. With a little bit of savings, he managed to pay to take care of his family needs for 6-months.

Recently, he came down to Bhubaneswar to seek employment in the entertainment industry but disappointed by the response he got, Kartika settled with selling vegetables at Palasuni market.

Speaking on OTV’s Kholakatha, Kartika said, “I don’t consider selling vegetables as an inferior job. In fact, I
totally understand the gravity of the situation. Covid19 pandemic has brought dark phase upon the entire country. I had to do something or the other to feed my family and I will return back to Mumbai once this pandemic is over. It would indeed be a help if I manage to get some work here at Odia entertainment industry”

Similar is the story of another artist Pratibha Maharana aka Rinki. An Odia album & Jatra actress, she too has swapped her stage for the footpaths of Bhubaneswar where she sells fruits to win bread for her family. Rinki has worked in several music albums and is a known face in the Jatra (theatre) industry.

These are not only instances. Unable to earn and feed his 11-member family amid the lockdown, popular Odia comedian and mimicry artist, Ravi Kumar was also seen selling vegetables in a market in Bhubaneswar a few weeks ago.