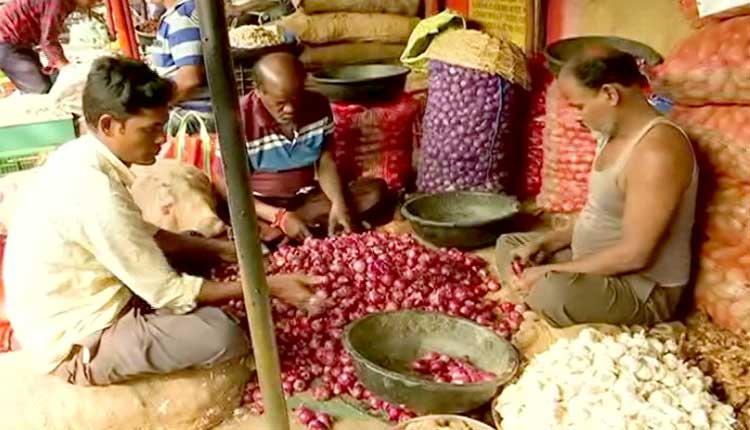 Bhubaneswar/Balasore: The manifold rise in the price of onion and potato, the important most kitchen staples, has compounded the woes of consumers in Odisha.

According to reports, onion and potato have become dearer with the prices reaching up to Rs 50 and Rs 35 per kilogram respectively leaving the consumers teary eyed in the Twin Cities, Rourkela, Balasore, Berhampur and several parts of the State.

“It is affecting our budget in a big way as the prices have been on an upswing since last few days,” said a buyer from Balasore.

Meanwhile, the traders have attributed the price hike to unavailability of stock in the market due to decrease in the import of onion from Nashik and neighbouring West Bengal.

“We procure onions mostly from West Bengal and Maharashtra. The decrease in the import has resulted in the increase of the price of potatoes and onions,” said a trader.

Not only that, the steep rise in prices of other vegetables is like a double whammy to people during the pandemic crisis.