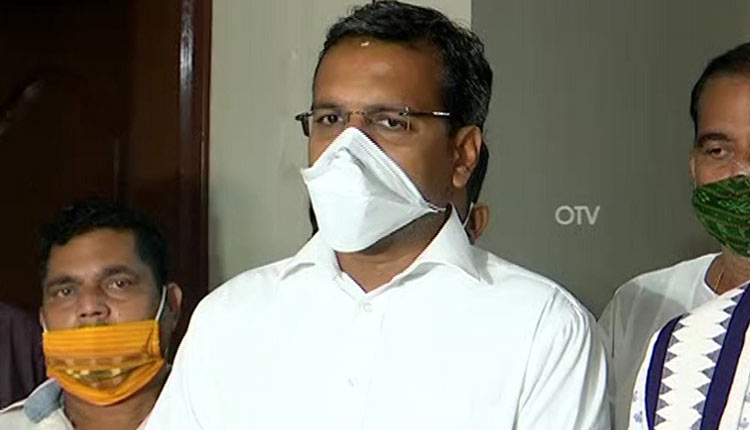 Puri: Sri Jagannath Temple Administration has made a slew of announcements following a joint meeting of Chhattisa Nijog and SJTA headed by Gajapati Dibyasingha Deb on Tuesday evening.

Thanking the Srimandir servitors for their continuous support in successfully conducting the RathYatra this year, SJTA chief, Krishan Kumar made it a point to provide their family with financial aid that was rendered necessary by the outbreak of COVID-19 and subsequent lockdown.

A sub-committee was formed to decide upon the modalities of the servitor welfare scheme and concrete steps will be taken in this direction within seven days of time, said Kumar.

Emphasising on the fact that, this year’s Rath Yatra was an exception that was conducted without a single devotee, SJTA chief administrator declared that all the proceedings of the festival right from the beginning of construction of the Chariots till Niladri Bije of the Holy Trinity will be documented in both digital format and through written transcripts. A team headed by Gajapati has already been formed and the documentation work will start soon.

Speaking on the fake Servitor issue that cropped up during Bahuda Yatra and the following Suna Besha of Lord Jagannath, Krishan Kumar Said, “There should be no doubt that this is a serious issue. As per the Supreme Court’s order, no devotees were allowed on Grand Road during RathYatra and if something like that really happened, the offenders will be dealt strictly.”

The SJTA has decided to prohibit servitors from carrying mobile phones during the festival from next year onwards. The decision was taken keeping in view of many viral videos involving the Trinity’s rituals performed on Chariots.

Shedding light on the allegations made by some servitors regarding the damage inflicted on the Ratna Singhasana due to removal of a petal from the Lotus flower, the SJTA chief said, “I will speak with the ASI, who carried out maintenance of the Sanctum Sanctorum during Rath Yatra and decide on it accordingly.”

Puri Gajapati interacted with the media too after the meeting was over. He thanked all the servitors, devotees, State and Central government for lending their unflinching support for the festival and conveyed special gratitude towards Puri Shankaracharya Nischalananda Saraswati.