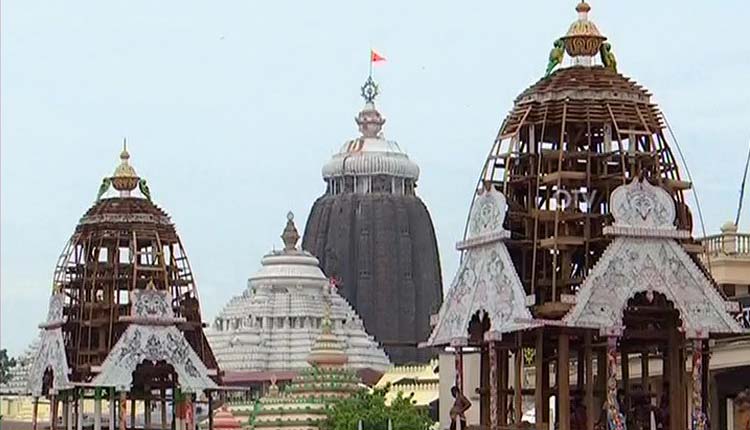 Bhubaneswar: The opposition BJP on Wednesday lashed out at Odisha government for delay in clearing its stand on the conduct of annual Rath Yatra in Puri this year.

Senior BJP leader Bijoy Mohapatra termed court cases pertaining to Rath Yatra as state-sponsored and said it has created speculations in the minds of the people.

“Though rituals are being carried out as usual since Snana Yatra, the State government has not made any formal announcement that Rath Yatra will be organised. Therefore, speculations are getting intense with each passing day.”

“Those who have filed petitions in the Orissa High Court regarding Rath Yatra should have filed similar applications with the State government. Now, three cases are pending with the Supreme Court. While two petitions sought cancellation of Rath Yatra, one petition was filed in favour of the festival.”

Mohapatra said he would meet Puri Shankaracharya to discuss the matter.

On the other hand, Congress said the issue, whether Rath Yatra will be held or not, is pending with the Supreme Court and after the Apex court’s judgment it would be a challenge for the government.

“Snana Yatra was conducted after clamping Section 144. In this circumstance, it is a matter of concern as to how the festival will be organised. The issue has now reached the Supreme Court. It is expected that the top court will pronounce ruling in a day or two,” said Congress leader Dharanidhar Nayak.