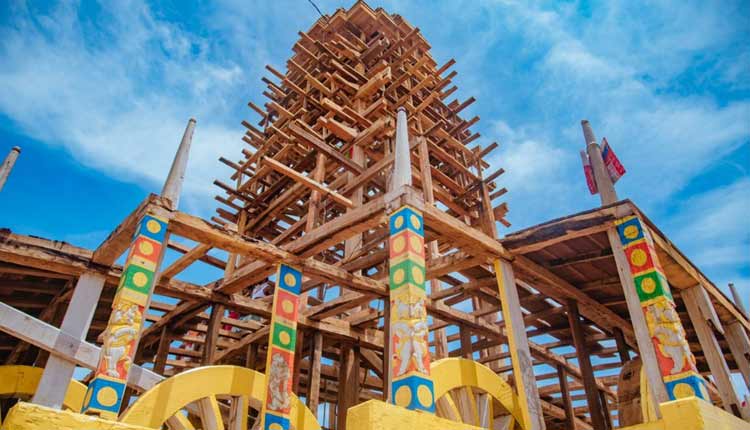 Bhubaneswar:  Animal lovers have urged the Odisha government not to use elephants for pulling chariots at the Rath Yatra festival in Puri, which is scheduled to be held on June 23 in the absence of devotees due to the COVID-19 outbreak.

The Orissa High Court had on June 9 said that the deployment of heavy machinery or elephants for pulling the chariots will obviate the necessity of involving a large number of persons.

“Animal lovers across the state urge the administration not to use elephants for pulling the chariots during the Rath Yatra festival, thus risking the lives of the animals and the people when alternatives arrangements can be made,” Jiban Ballav Das, secretary of the Odisha chapter of animal welfare organisation ‘People for Animals’ said.

He recalled a 2002 incident when an elephant named ‘Laxmi’ hired for the Rath Yatra died of pneumonia after participating in the festival.

Laxmi died due to lack of proper care and treatment, Das said.

“When people are allowed to congregate in other places for their necessities, why not pull the chariots following COVID-19 safety norms?” he said.

Elephants suffer inhuman conditions in captivity and never forget the treatment meted out to them. Those memories come back when the pachyderms are placed in public with sounds of crackers, gongs and cymbals making them go berserk, Das said.

“We human beings are responsible for creating a man-animal conflict by putting wild elephants in captivity for our necessity,” he said.

As a ScheduleI animal under the Wildlife Protection Act, 1972, elephants should not be kept in captivity unless required under special circumstances with permission from the chief wildlife warden of the state, Das said.

Use of protected animals in any manner is prohibited under the Act. On the other hand, transportation of heavy animals like elephants will subject them to extreme stress, pain and can even cause death, he said.

“Therefore, we urge the state government not to use elephants for pulling the chariots during the Rath Yatra festival,” he added.

Coronavirus Battle: Odisha To Set Up COVID Care Homes In All Panchayats