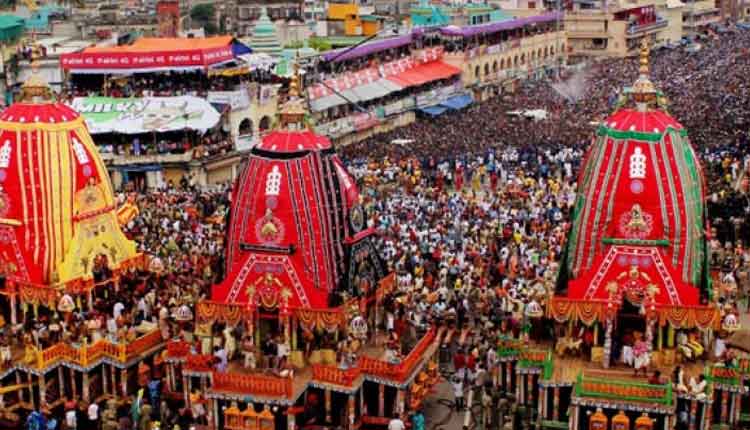 New Delhi: A plea has been moved in the Supreme Court by an NGO seeking direction to stay the holding of the Rath Yatra festival 2020, which is scheduled to commence on June 23 in Puri, Odisha.

Rath Yatra is a festival associated with Lord Jagannath which is held in Puri every year spanning for 10-12 days, where lakhs of devotees gather from across the world.

The plea filed by the NGO Odisha Vikas Parishad claimed that presently, the entire nation, including Odisha, is facing an unprecedented situation due to the Covid-19 pandemic, where the lives of the common people are at a huge risk.

The plea cited the May 7 letter issued by the Ministry of Home Affairs, which granted permission to the state government to carry out the construction of the chariot for the conduct of Rath Yatra subject to the condition that no religious congregation takes place while it is constructed and adherence to the stipulations provided in the guidelines issued on May 1.

“In the said letter, discretion was also granted to the state government with regard to the holding of the Rath Yatra 2020 keeping in mind the conditions prevailing at that relevant point of time,” said the plea.

“If the Rath Yatra is allowed to happen on June 23, despite the state government’s prohibition on holding religious gatherings or congregations, lakhs of devotees are going to gather for the ‘darshan’ of Lord Jagannath. If such a massive gathering takes place, members of the crowd will not be able to maintain adequate distance, which will make them all vulnerable to contracting the Covid-19 infection,” said the plea.

The NGO urged the apex court to issue directions to the Centre and the state government to postpone the festival. The plea claimed that due to the pre-emptive measures taken by the Odisha government to tackle the spread of Covid-19, there was no spurt in positive cases unlike the other states in the country.

However, due to the recent influx of migrants and people coming from outside the state, there has been a steep increase in the number of positive cases.

“If allowed (the Rath Yatra), it will lead to catastrophic results and it will be very difficult on the part of the authorities to control the spread of the virus thereafter,” contended the plea.