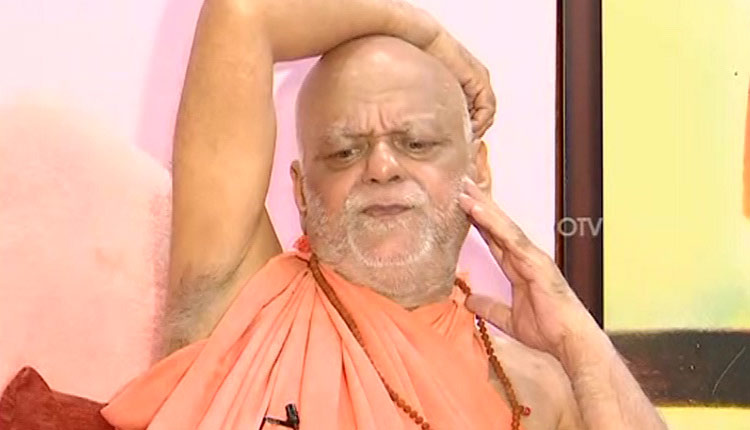 Puri: Amid uncertainty over holding the annual Puri Rath Yatra of Lord Jagannath and his siblings, Puri Shankaracharya Swami Nischalananda Saraswati has said that the Yatra should be held as per the Srimandir tradition but without violating the COVID-19 lockdown norms.

He said either conduct all the rituals of the festival inside the temple premises or take the Trinity outside as usual but manage the Yatra without the presence of devotees.

There’s a need to ensure Rath Yatra  is celebrated keeping the tradition intact but at the same time COVID guidelines for religious congregation need to be followed to save lives, said Shankaracharya.

“The authorities have not yet approached me in this regard (holding Rath Yatra). If they seek my suggestions, I can give a final call,” he said.

Meanwhile, the Supreme Court of India is likely to hear a plea today on cancellation of the festival this year in view of the prevailing pandemic situation.

Odisha Vikash Parishad, an NGO has reportedly filed the PIL in the apex court after the Orissa High Court ruled that the Centre and the State should take the final call on holding Rath Yatra.

The HC also said that if needed, the government could think about pulling the Chariots by machines or by elephants.

Meanwhile, Bharatiya Vikash Parishad, another NGO filed a special leave petition with the SC for cancellation of Rath Yatra.