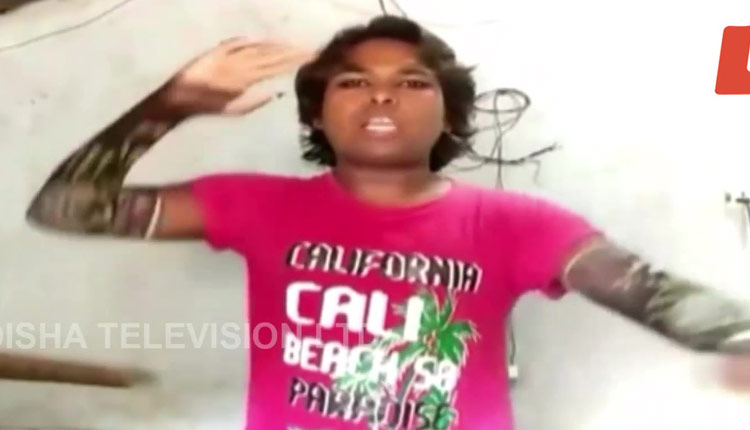 Bhawanipatna: In March this year, just before Prime Minister Narendra Modi announced Janta Curfew, a lad returned to his native village in Kalahandi anticipating a nationwide lockdown. Not a soul knew him except for a few in his village, but little did he know that his penchant for rap would bring him acclaim from around the country, especially from the Bollywood music fraternity.

Duleshwar Tandi, aka Dule Rapper who hails from a small village in the outskirts of Bhawanipatna in Kalahandi district has rapped his way through lockdown and brought himself recognition with his songs on the plight of the migrant workers and the ‘government’s apathy’ towards them.

In a sharp contrast from the contemporary mainstream singers and composers, Dule’s songs revolt against the present political system which he says makes poor even poorer and the rich even richer. From migrant workers to the Chinese aggression at LAC, his raps reflect many aspects of people that he says, gives him satisfaction.

After coming to limelight following an OTV report, Dule became an overnight sensation thanks to admiration from Bollywood to the national media.

Several bigwigs in Bollywood music industry like Vishal Dadlani, Sona Mohapatra and actresses like Richa Chadda and Swara Bhasker heaped praises on the 27-year-old for his unique contents.

Vishal in particular has offered him to release his music in case Dule finds it difficult to do himself. In a tweet, the noted music composer-singer wrote, “This is incredible. If you need help, producing/recording/releasing your music, get in touch. I’ll do what I can.”

This is incredible! @DuleRocker, if you need help producing/ recording/ releasing your music, get in touch. I’ll do what I can. I’m sure we all will! @DevrajSanyal @raftaarmusic @VivianDivine @Its_Badshah check this fire out! https://t.co/vF7ed4JA5A

Coming from a wanting family which fell more into despair after his father’s death, Dule went to Raipur in Chhattisgarh searching for a job immediately after completing his graduation in Chemistry.

Struggling due to dearth in employment opportunities, Dule went on to wipe tables in a restaurant as even a hotel bellboy’s job demanded experience and he didn’t have any at that time. But he never gave up on his skills and scribbled down rap songs whenever he could find time.

Recently, a national web channel interviewed Dule, in which he opened up about his plight and his journey from a hotel boy to being an internet sensation.

“The village I come from is my inspiration. People here are known to sing, dance and make merry. I did a lot of gigs in school and started writing poems in college that subsequently paved way for raps that I write today,” he said while speaking to senior journalist Barkha Dutt.