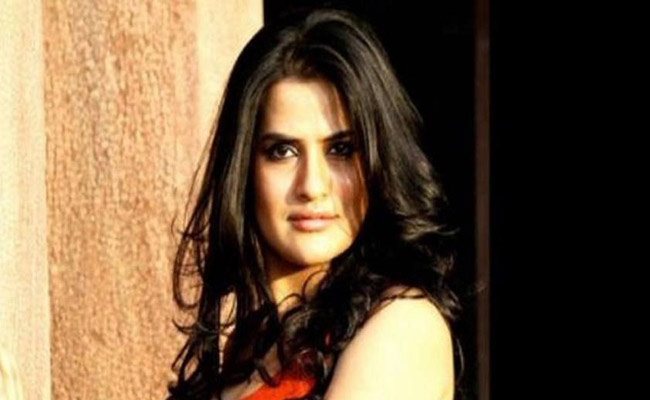 Mumbai: Singer Sona Mohapatra has dedicated a song titled “Nilamani” to the people of her home state, Odisha, and other people who braved the super cyclone Amphan.

The music video of “Nilamani” celebrates the resilience of those affected by Amphan, while putting a spotlight on traditional arts and artistes. It’s a song she sang in Oriya, which she recorded before lockdown but is releasing it now after editing it during the lockdown period. Sona created and edited the music video along with her husband, composed Ram Sampath.

“We just braved the Amphan cyclone and I feel proud of the manner in which the disaster relief administration managed to evacuate over 3 lakh people in time. Also, the state has not only contained the Covid pandemic well but shown a great humane example by successfully providing state-run free buses to the migrant workers walking to reach the neighbouring states of Bihar and West Bengal,” Sona Mohapatra said.

She continued: “My friend, cinematographer Deepti Gupta and director of ‘Shut Up Sona’, shot this footage of the beautiful countryside of Odisha during my travels there for a music concert. We decided to edit it during lockdown as a music video and created this song with Ram Sampath at home as an ode to the resilience of people against adversity and also to put a spotlight on the folk artistes of our land who carry the heritage of our civilisational ethos.”

The singer feels one “shouldn’t forget those who create beauty and give our lives the ethereal quality” during discussions of survival and economy.

“I wanted to celebrate all of this through this video and song. This video showcases the 1200-year-old ancient Gotipua dancers in their Gurukul, the Patachitra painters community of Raghurajpur and also the brilliant, progressive sculptures, carvings and architecture of the temples of Odisha. A testament to a glorious artist legacy and commitment to creating beauty against all odds,” she said.

Joining me on this song composed by @ramsampathofficial & written by @prashantingole1 is the incredible musician Pawan Raseily.

Decoding the meaning of the song, she said: ” ‘Nilamani’ (name of the song) is ‘the blue jewel, a sapphire’, another form to address the beloved of the land, Lord Jagannath. His legend is said to come down from the tribes of Odisha. A wooden log with animalistic eyes is a reminder that trees, animals and nature need to be taken care of it along with human needs for balance and prosperity. This worldwide health crisis is also a reminder of the same for humanity. I felt this love letter in the form of this song and video would do a lot to uplift the spirits of all.”

She will launch the song later this week.

Aus Vs Ind: Boxing Day Test At MCG All Set To Have…

Zoom Rolls Out End-To-End Encryption For Both Free, Paid…

Consumers May Get Relief On Petrol, Diesel Prices Ahead Of…

SC Says All Aspects Of Hathras Case Will Be Dealt By…

Odisha: Thieves Rob People Off Their Night Sleep In This…