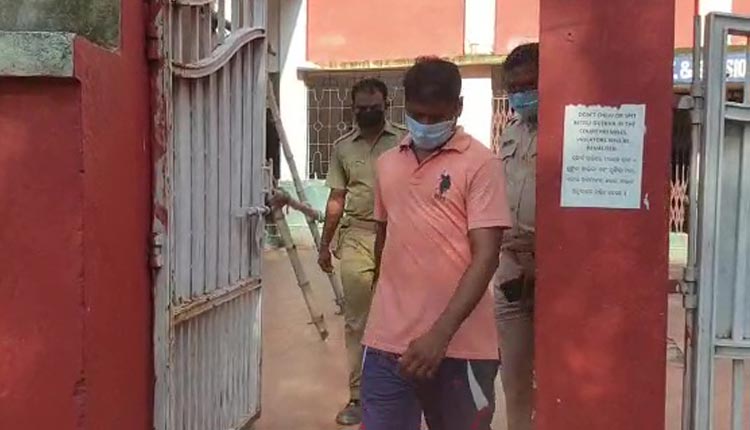 Sundergarh: The Crime Branch of Odisha police on Saturday arrested a home guard in connection with the rape and illegal abortion of a 13-year-old girl in Birmitrapur police limits of the district.

The arrested home guard has been identified as Gurucharan Farikar who was working as a driver at Birmitrapur police station.

According to sources, the Crime Branch conducted the Test of Identification (TI) parade of the accused at Rourkela Judicial Magistrate First Class (JMFC) court when the survivor identified him. Subsequently, he was arrested and produced before the Sundergarh special POCSO court.

He was remanded to judicial custody after his bail petition was turned down by the court.

Earlier, former Birmitrapur police station in-charge Anand Chandra Majhi and a doctor, Debasish Ghose, who had performed the illegal abortion, were arrested in connection with the case and lodged in a jail.

Reportedly, a case was registered on June 22 at Raiboga police station after the intervention of the district collector.

As many as six persons including the IIC, another police personnel, the doctor who conducted the abortion at a community health centre, the stepfather of the girl and two others were named in the FIR.

Amit Shah Recovers, To Be Discharged From AIIMS Soon