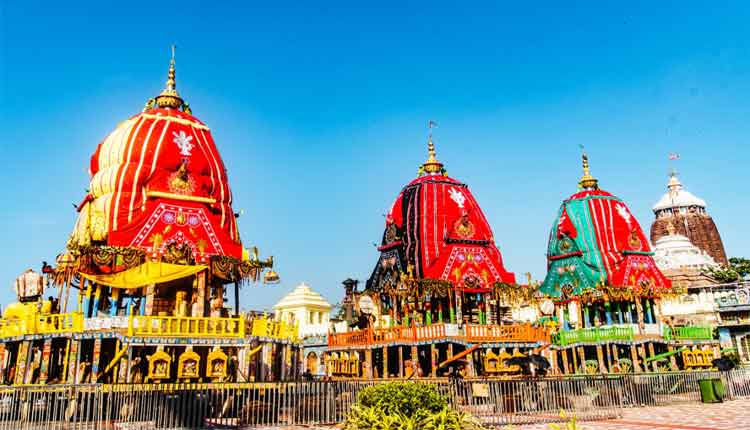 Puri: The dismantling process of the three gigantic chariots of presiding deities of Puri Jagannath temple will begin from tomorrow. The Chariots will be dismantled & shifted to another place where they will be reassembled and preserved for darshan of devotees who could not participate in this year’s Rath Yatra due to COVID-19 restrictions.

As per official sources, the chariots will be dismantled and kept near the Jagannath Ballava Matha, about 500 metres from the Jagannath Temple, and will be later reassembled for darshan of devotees. Such decision was earlier taken at a joint meeting of Chhatisha Nijog and the temple managing committee held recently.

According to Jena, a high-level committee has been constituted for the reassembly of the chariots. The committee mostly comprises members of the temple’s technical committee, servitors and chief moharanas (carpenters).

“As per our assessment, nearly 60 to 70 per cent of the timber from the chariots can be reassembled and the remaining parts will have to be re-constructed with Sal and other wood which can enhance the longevity of the chariots for preservation,” Jena added.

It is for the first time in the history that the chariots of the three sibling deities of Puri temple will be preserved. Usually, chariots are dismantled after the conduct of Rath Yatra every year & the timber is used as firewood in the temple kitchen.

The decision to preserve the three gigantic chariots has been taken to provide an opportunity of darshan to the devotees, who could not participate in the grand event this year due to Supreme Court’s restrictions owing to COVID-19 pandemic.

Also Read: Rath Yatra Chariots Of Holy Trinity Not To Be Dismantled This Year

COVID19 Pandemic: Power Demand Dips By 14% In March-June In Odisha