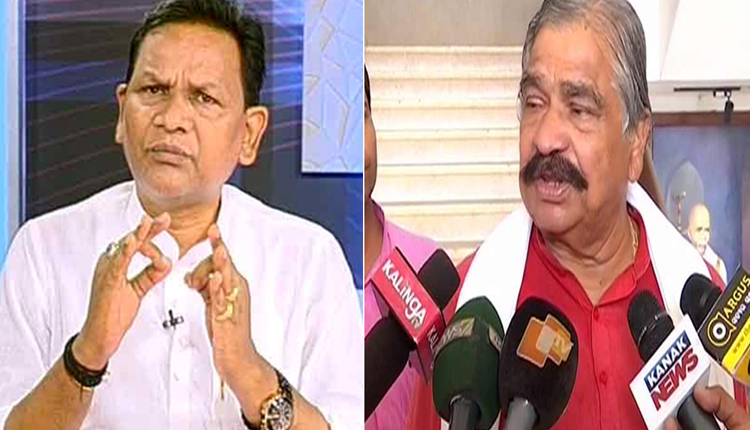 Bhubaneswar: Throttling media’s voice especially of the No.1 news channel in Odisha – OTV- by the State government is no new normal. Of late, deliberate attempts have allegedly been made by the Naveen Patnaik-led government to defame OTV, just because it has dared to highlight the lapses and irregularities of the administration.

Three back-to-back incidents on Thursday smack of a political vendetta against the media house, without a doubt, allege the Opposition parties.

Digest this now. Early in the morning, the Khordha district administration began demolishing the boundary wall of OTV’s Sarua CSR project without issuing any prior notice. Hours later, a senior journalist of the channel was whisked away by the police reportedly in connection with the investigation of an old case. Add to the ongoing harassment, the cops in the afternoon entered the premises of OTV without a search warrant.

This vindictive attitude towards OTV and the repeated targeting by the Odisha government has invited sharp criticisms from senior leaders of the BJP and the Congress who have raised their voices in unison, stating that anyone who questions the Naveen government, by default, becomes a target.

Leader of the Opposition in the Odisha Assembly, Pradipta Naik today took to Twitter to express his discontent over the recent spate of incidents targeting OTV. “The present trend of intolerance by the government against the media was never seen before in Odisha. The one which is highlighting the fallacies of the government is being targeted. This is a blatant misuse of power by a dictatorial regime and it seems the whole machinery is against the media house for breaking stories that do not favour the government. They should have the patience to tolerate the criticism and accordingly correct itself if the media brings its drawbacks to the fore,” said Naik.

Senior Congress MLA Sura Routray also took a dig at the Odisha CM for allegedly ‘stooping so low’ to harass OTV. He went on to say to the CM, “You are sitting on the CM chair because of the Panda family, how can you forget that?”