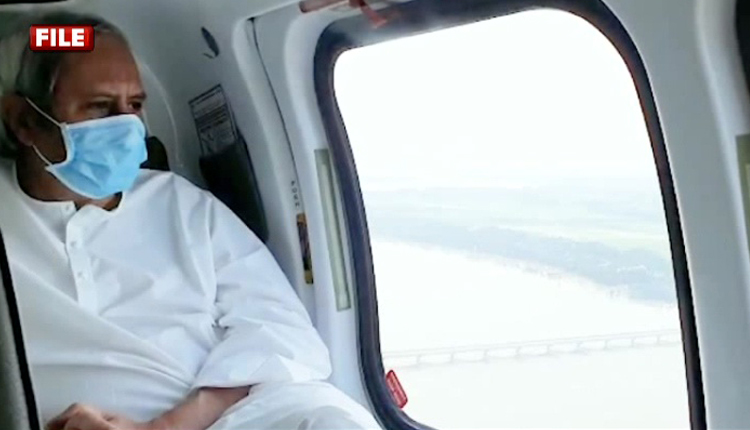 Bhubaneswar: Some shocking facts have emerged from the revelations obtained through an RTI application pertaining to Odisha CM Naveen Patnaik’s aerial survey of flood-hit areas, recently.

On August 31, CM Naveen Patnaik had conducted an aerial survey of the flood-hit districts in the State and announced an immediate assistance of 50 KG rice and Rs 500 to each of the affected families.

However, questions are now being raised over the CM’s aerial survey based on the flight movement details of that particular day provided by an RTI activist, who reportedly sourced the data from Bhubaneswar airport authorities.

As per the RTI reply, only one helicopter of OSS Air Management had taken off from the Bhubaneswar Airport at 10:12 AM on August 31 and returned at 10:31 AM. The chopper took off and returned to the airport in 19 minutes which included a flight time of only nine and a half minutes.

“From the RTI reply that I have received, the Odisha government’s chopper on August 31 was used for 19 minutes including time taken for take-off and landing. It was reported that the CM conducted an aerial survey of flood-hit areas in Jajpur district, but it’s not possible to take off, conduct the survey of the district and land at the airport in just 19 minutes,” said RTI activist, Srikant Kumar Pakala.

What is even more surprising is the fact that that there was no VVIP movement on that particular day, as per the response to the RTI query.

With such discrepancies in flight timings and distance data as quoted by the RTI activist, doubts are being raised on the veracity of such an aerial survey undertaken by the Odisha CM.

“When we got the news that the Odisha CM conducted an aerial survey, we had doubts and filed an RTI application. For that concerned chopper, taking off from Bhubaneswar, conducting aerial survey of Jajpur and again landing at Bhubaneswar Airport is not practical at all in the said time frame,” said RTI activist, Pradeep Pradhan.

Though OTV tried to contact the Chief Minister’s Office for a clarification, it had not received any response till the time of publication of this report.