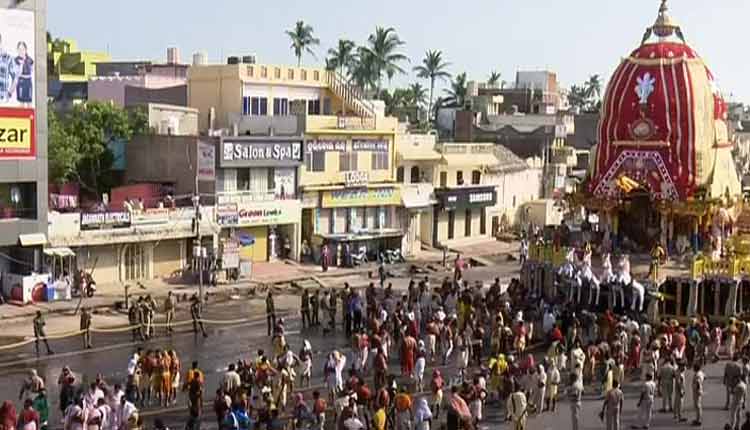 Bhubaneswar: The Odisha police has issued a directive asking all police officials except those posted in Puri district and those deputed for law and order duty by State Police Headquarters not to visit the pilgrim town till July 4.

“Possibility of some officer alone or with family reaching Puri on pretext of official work or otherwise for darshan, cannot be totally ruled out,” the State DGP Abhay said in a statement.

DGP said Rath Yatra in Puri and related rituals are being held this year as per direction of the Supreme Court in a limited way ‘without public attendance’ in the wake of Covid pandemic.

Accordingly, district administration has issued orders specifying the prohibitions. Some specified areas of Puri have been put under curfew. So although Rath Yatra has been carried out, darshan of the deities is not allowed.

“Since most of access control is by police, we have the extra responsibility of not only enforcement but also appearing to be fair in such enforcement,” the DGP said.

“Hence it is hereby laid down that other than officers posted in Puri district and those deputed for law and order duty by State Police Headquarters no officers will be permitted to go on official duty to Puri till July 4, 2020,” he added.

In case of duty is urgent and cannot be postponed, the police personnel can take permission from State Police Headquarters for a visit to Puri on official duty.

In the directive, the top cop pointed out about the embarrassment faced by Odisha Police when an officer of Jajpur police visited Puri and tried to enter temple during lockdown.