Odisha’s Village Of Valour Which Defends Indian Borders With Alacrity 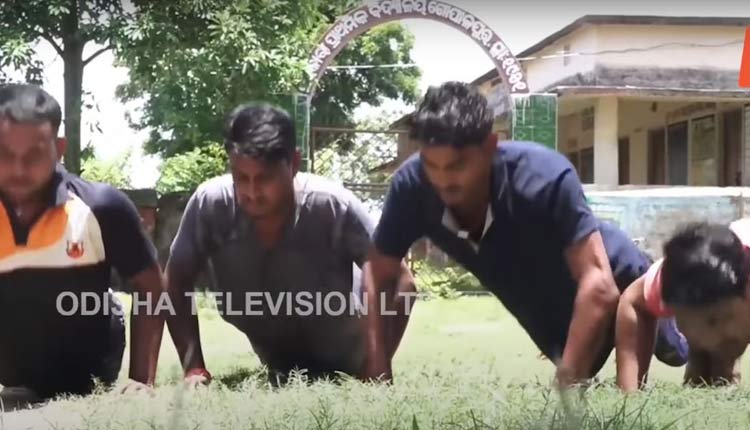 Bhadrak: Far from the hustle and bustle of urban civilization, there lies a village in Bhadrak district that takes pride in providing its youth brigade to the Indian defence forces to safeguard the motherland’s sovereignty.

Can be rightly called the village of valour, Gopalpur under Bhadrak’s Chandbali block has earned the distinction of ‘home of the soldiers’ thanks to the 70 odd men from the total strength of 50 households who are currently serving the Indian Army in various positions.

Every household in the village has a military connect. Some have as many as 3 to 4 members serving in the Army or para-military forces.

Bhimasen Das, an ex-Serviceman from the village who retired from active services some eight years back said, “We are four from our family to serve the nation. Almost 99% of youths in our village are in the defence forces.”

“By God’s grace the youth’s are both physically and mentally fit and I am proud of them,” added Das.

Similarly, Subasini Barik, a war veteran’s wife from the same village rues the fact that her younger son could not get into the Army owing to a disqualification in the last phase of the entrance test. “We encourage our lads to get a job in the Indian Army, as this is what we are meant to do,” said Barik.

Thanks to the army jobs, the village boasts of a healthy economy with almost all households having a concrete roof over their heads.

Taking pride on the feat, an elderly man from the same village said, “Our people believe that defence services are the best services one can offer to the nation. By joining army the lads are not only serving the nation in the best way possible, they are also supporting their family quite well.”

Irregularities Arise In Distribution Of Quarantine Incentive In Odisha